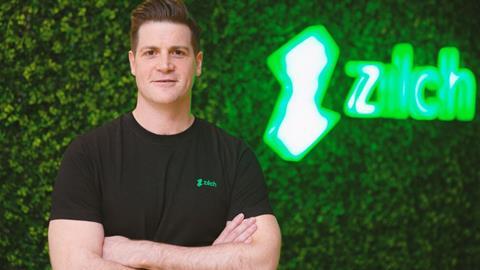 The founder of Zilch, Philip Belamant, has been named Great British Entrepreneur of the Year 2021.

In partnership with Starling Bank, Great British Entrepreneur Awards 2021: The Finals was held at Grosvenor House Hotel in London and saw 159 businesspeople recognised for their achievements.

The South African entrepreneur moved to the UK and launched Zilch in 2018. Just three years later, it is now valued at $2 billion following its latest funding round.

The Great British Entrepreneur Awards launched in 2012 to celebrate the best of British enterprise, inviting founders from across the UK to apply with their entrepreneurial success stories.

This year, after having to hold the awards virtually in 2020, the organisers brought together all eight of their regional shortlists for the first time, with a guest list of 1,200 entrepreneurs, judges, mentors, investors and partners invited to the London celebration.

Over the last decade, the awards has celebrated some household names including Julie Deane OBE of Cambridge Satchel Co, Alan and Juliet Barratt of Grenade and Shaun Pulfrey of Tangle Teezer. Its most recent headline-grabbing success story is its previous winner, and speaker at this year’s event, Steven Bartlett, who in May was announced as the youngest ever Dragon on BBC’s Dragons Den.

The awards were judged by a panel of industry experts and leaders of influential UK businesses, including some of the prize winners from previous years.

Francesca James, founder of the Great British Entrepreneur Awards, said: “It was fantastic to hear the inspiring stories from across the UK after such a difficult few years, and even better to have been able to invite all of our finalists to the in-person ceremony and celebrate together.

“With more than 1,200 people attending, the evening was a real snapshot of the UK economy. The winners were thoroughly deserving, overcoming some stiff competition from their fellow finalists, and we look forward to welcoming them into our alumni community and seeing what they do next. It’s always exciting to watch our previous winners go on to achieve amazing things and I don’t expect any less from this year’s award recipients, who we will support all the way.”

Anne Boden MBE, founder of Starling Bank, headline partner of the Awards, said: “It is fantastic to see these worthy individuals being celebrated through these awards. We wish all the shortlisted businesses the best of luck with their future endeavours during these changing times.”

Guests also heard the story of Phones4U founder, John Caudwell, as he announced a new award category and partnership between the Great British Entrepreneur Awards and his charity, Caudwell Children. John said: “I am delighted to have the opportunity to celebrate businesses and entrepreneurs that are flourishing and making a success of themselves.

“The Great British Entrepreneur Awards has developed a growing community of like-minded businesses and entrepreneurs, which was the perfect platform for me to launch my Blaze Your Own Trail award. I’m incredibly excited about the partnership we have established, both for the new award and my charity.”

The full list is winners can be found here.