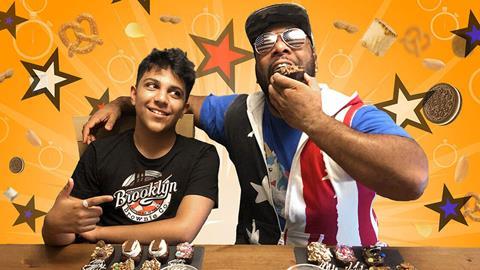 From cooking pot to the top: John Lashley is the proud co-founder of Brooklyn Brownie Co, a baking sensation that he runs with his 14-year-old son Leo out their family home. Last year, he won the Family Business Entrepreneur of the Year Award at the Great British Entrepreneur Awards. Here’s how winning has helped him along his business journey.

Britain’s Got Talent fans might be hard pressed to recognise John Lashley without the Mr T costume. John’s appearance on the show had him donning a mohawk and a few stone of jewellery. But by profession, John was also a media content designer known for his work on shows like CBeebies’ In The Night Garden.

Since then, John and his then-12-year-old son Leo teamed up to launch their very own baking company; Brooklyn Brownie Co. After the unexpected passing of his wife, the suddenly single father decided to get into entrepreneurship as a way to bond with his son and build something they could be proud of together. Despite a number of setbacks, the Lashleys have most definitely come out on top.

The 2021 finalists were announced in a series of category-based workshops, presented in partnership with Funding Options. Each announcement was a 20-minute session featuring a Q&A with a previous GBEA winner before moving on to the much anticipated big shortlist reveal. Here are the highlights of how John grew his business.

Brownies originated in the US in 1893 and have since crossed our borders and stolen our hearts. With the pandemic at hand, snack food consumption has gone up by 8% in the UK according to an NPD study, brownies making up a hefty portion of that percentage. Not only are they delicious and now more readily available than ever, but brownies have become a staple in coffee shops, big brand supermarkets and my kitchen cabinet.

Why does Britain love brownies so much? Perhaps it’s the increasingly ravenous sweet tooth all of us suffer from time to time, their versatility and ability to please at any occasion. Or perhaps it’s the allure of all things American here in the UK.

John sure hopes so. He started Brooklyn Brownie Co. with ”50 bucks and a basting jug,” with every step funding the next thing.

The company is based where the father-son duo reside: Northampton. But it is branded as a ‘US Urban Artisan Bakery’ to really amp up John’s own transatlantic roots. They started small in 2019, serving local customers out of the Lashley family kitchen. The now infamous basting jug presently hangs atop the wall of the new and improved family home.

These days, their home boasts a commercial-style kitchen which can output 10,000 brownies per week, “more than some commercial bakeries,” says John. It also includes a packing room which kept growing out of necessity.

Brooklyn Brownie Co. has surpassed the original jug through what Lashley describes as “quick scaling” due to the pandemic.

“I couldn’t take out a huge loan. Ideally, I would have loved to do that and go all-in. But I really wanted to shelter our family. My son’s mother passed on and I had to ensure he was secure. Within a week, we realised this was going to move,” he told Stuart.

Through all the ups and downs, the Brooklyn Brownie Co. founders have always been there for each other. John initially tried to keep his son from the stressful life of an upstart entrepreneur. He soon changed his mind when he saw the benefits of building a family business can have on a young person. “Leo is very hard working. I tried to shelter him from the business side of things. But I don’t think if we didn’t put in those gruelling hours together, we would be where we are today.”

In the early stages of the business, John remembers being sleep deprived and struggling to bake brownies that he himself wasn’t allergic to. This is when Leo decided to take on some of the load. “It showed it can work, it’s not a traditional style, but it worked for us.” 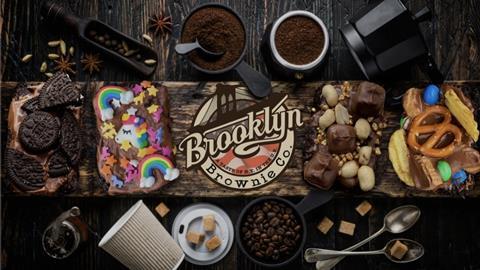 Sitting atop his throne of treats and tweets, John told of the impact of receiving the GBEA Family Business Entrepreneur of the Year award. “It came at the right time. To get that pat on the back for those weird late nights - when you work for yourself you really don’t get that - these awards helped. It validated our one-and-a-half man business.”

The Great British Entrepreneur Awards continues to validate, appreciate and celebrate amazing entrepreneurs like John and Leo with their impressive journey’s to success. With over 4,800 applicants this year to the GBEA, each with their own unique and astonishing stories alongside their equally unorthodox approaches, we all have a lot of appreciating on the itinerary to look forward to.

These days, John, Leo and Brooklyn Brownie Co. boasts nationwide shipping from England to Wales and a quickly growing social media presence, with funny, emotional and informative content documenting the father and son’s exploits that are sure to go viral anytime now, right alongside John’s already well known past as Mr T.

What’s next for Big John and Little Leo?

Unsurprisingly, they’re likely to make some waves on the airwaves. “We’ve been approached by a few TV companies who want to film our business” said the already televised John, who is anticipated to be adding even more appearances on TV to his CV alongside Come Dine With Me and The Weakest Link.

“We just bought our own Brownie ambulance - our own food truck. We’ll be filmed by the discovery channel and see where that goes.”

The two baking buddies (prompted by ideas man little Leo) also decided to indulge in a ghostbusters-esque food truck for their snacks. In addition to this flurry of activity, John also says that he’d like to help mentor other businesses.