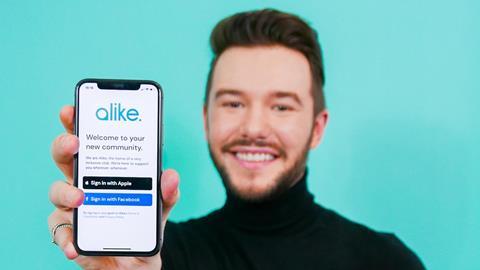 Prolonged loneliness is a silent killer, especially for people with cancer. The journey is long, isolating and fraught with complexities, which is why Brad Gudger, a two-time cancer survivor, decided to set up a pioneering cancer community support app, Alike.

While he was isolated in a hospital ward awaiting a bone marrow transplant in 2018, he was inspired to begin work on a revolutionary project that would completely change how people in the cancer community stay connected and tackle loneliness. 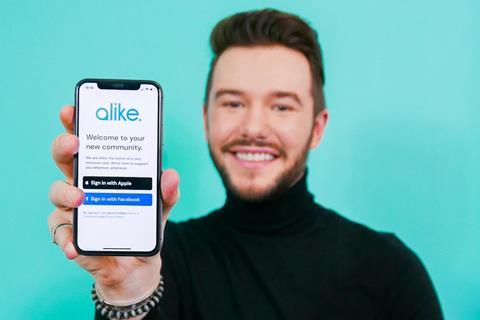 “What’s extraordinary is that 83% of young people diagnosed with cancer experience loneliness during and after treatment, and nearly four in five of them want to interact online with other young people in similar situations - but there is no digital network to connect them,” he says.

With four years’ experience working with national and international organisations such as Teenage Cancer Trust, NHS England, and the United Nations, Brad used his network and experience to build Alike, a charity that would transform peer-support for young cancer patients across the UK.

“I wanted to find a way to combat the loneliness experienced by young people with cancer using modern app technology. I know first-hand how isolating cancer can be, which seems extraordinary when in this day and age when we’re all connected through our phones,” Brad says.“I started by talking to friends who had survived cancer, to validate that it wasn’t just me who felt this way. The overwhelming response was that everyone agreed with me; we only knew each other because we had gone to the right events at the right time.”

“We called it Alike because it’s not about cancer, it’s about finding what brings us together as a community. We’re all individuals, different but the same - we’re all alike.”

Hundreds of people signed up within the first few hours of its launch, posting that what the app is providing is unlike any other service, and really answers a desperate need.

For another user, Jay, 41, support from other people going through the same thing was invaluable. He was diagnosed with colon cancer in January 2021 and coming to terms with his diagnoses hasn’t been easy.  “Being able to have instant access to the cancer community through an app such as Alike is more than just important, it’s essential.”

Alike is now a member of the Children and Young People’s Cancer Coalition, partnering with the largest organisations that support young people diagnosed with cancer. Young people referred to CLIC Sargent social workers and being treated on Teenage Cancer Trust wards will be encouraged to sign up to the Alike app. This is particularly important for patients undergoing treatment, for example facing stem cell transplants and who cannot leave their hospital rooms.

Now Brad and his team are in talks with Macmillan and the Prince’s Trust around developing partnerships to support and provide job opportunities for young people impacted by cancer.

Loneliness is a silent killer

The link between cancer and loneliness has been explored in a number of clinical studies.

Research shows that loneliness increases the likelihood of mortality by 26%.

Approximately 367000 people are diagnosed with cancer every year. In the UK, 83% of young people with a long-term illness or disability experience loneliness during and after treatment. This is why the Alike app is open to both cancer patients and survivors.

“In young people facing a cancer diagnosis, loneliness is a major factor in survival and long-term outcomes. We’ve interviewed users and found some of them have even contemplated suicide because of how alone their diagnosis made them feel,” Brad explains. “Our app is about stopping that loneliness, and giving people the space to talk about what they’re going through with others who understand.”

Brad wanted to move away from the one-size-fits-all social platform like Facebook and Instagram. Instead, the Alike app is tailored to the community it serves. From the top down, the organisation is led by cancer survivors. It’s different to every other charity in the UK as the platform provides peer support for the cancer community by the cancer community.

The Alike app is a companion throughout diagnosis and treatment. Users connect based on a mixture of diagnosis, stories and interest, providing individuals with a group of patients and survivors they can interact with on their own terms. 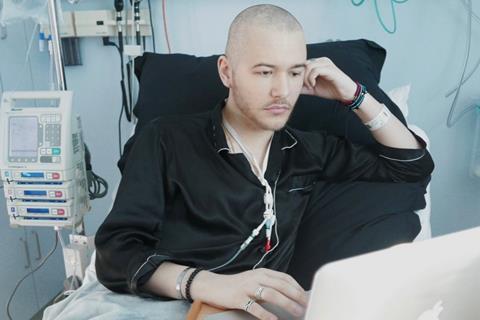 The app is also a hub that provides information on a young person’s level and showcases user-generated content. Current matchmaking services using artificial intelligence are only focused on romantic and sexual relationships. Alike moves the focus from individual relationships to a whole community.

As a native app, young people will be able to take advantage of features such as location services and push notifications. As an app dedicated to a vulnerable population, Alike’s safety and privacy policies are designed with their users specifically in mind. All of this combines in a way that other platforms simply can’t replicate.

Alike are currently developing a new signposting tool to promote digital events and streaming. Brad wants to work with content providers to be the one stop shop of social media for cancer patients. His aim is to partner with the NHS and grow to become the main provider of cancer peer support in the UK. Alike’s ambition doesn’t just stop at young people. Although the app is focused on them, it will be open to all those who suffer from the disease.

As a charity shaped by a diverse group of people, Alike wants to connect everyone who is not connected. Regardless of people’s locations, backgrounds, and diagnosis.

“We want every person diagnosed with cancer to know that they don’t have to face it alone.”

Alike is currently looking for further funding to help them support the millions of young people that have been diagnosed with cancer that will find comfort in the Alike community. The Alike app is available to download on the App Store and Google Play now.