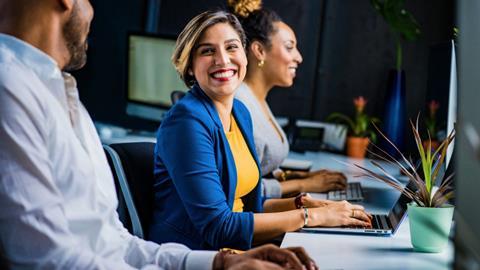 The Great British Businesswoman Series aims to tackle the real issues and barriers holding women in business back. Nominations are now open.

Achieving gender equality in the workplace and business has been a long journey, and progress has been made in some areas. However, only one in three entrepreneurs in the UK are women and just 5% of FTSE 100 CEOs were women in 2020. Some reports show that today’s businesswomen will never see gender parity in their lifetimes, and neither will their children. And yet, studies show that women could add £250 billion to the economy if they had the same opportunities as men.

These statistics needs to change. The question we first have to ask is why are women less likely to become entrepreneurs? The answer is complex, but one thing that stands out is that there are multiple injustices against women in the workplace. We have a funding gap -  female business owners receive only 1% of UK funding (even though they generate 10% more revenue than male-owned businesses over a five-year basis) and a disproportionate workload: where there’s more of an expectation for women to complete domestic chores and not enough emphasis on promoting business and entrepreneurialism as viable options for women.

That’s where The Great British Businesswoman Awards comes in. It celebrates the women who are changing the face of business by showcasing role models, advocates and mentors, as well as the inspirational women building and leading businesses across all sectors of the UK economy. The best way to tackle a solution is to start talking about it, says programme founder Niki Dowdall. “That’s why it’s fundamentally important, even in 2021, that we launch this Series. It’s our mission to create a supportive and engaged ecosystem for women in business.”

The Great British Businesswoman Series is a new awards programme, forum and content series that focuses on supporting women to achieve their goals, while celebrating those already leading teams to success. The series was lauched on International Women’s Day 2021 and is brought to you by the organisers of the Great British Entrepreneur Awards and Fresh Business Thinking.

The Awards will culminate in a ceremony on October 14th. You can apply on The Great British Businesswoman website at https://greatbritishbusinesswoman.awardsplatform.com/

The Great British Businesswoman Forum opens on the same day. It will bring together female business leaders for a day of learning, insight and guidance. Focusing on the key areas of leadership, new ways of working and personal career progression, the forum will provide a platform to challenge the status quo for women in business and pave the way to change.

This article was originally posted on 8th March 2021