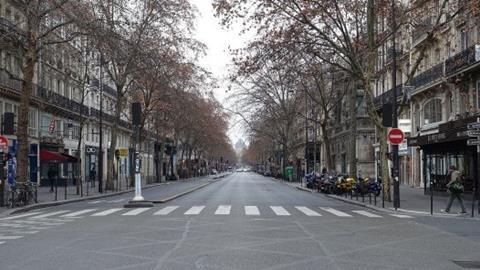 Businesses are in desperate need of more financial support to avoid the “catastrophic consequences” of tougher coronavirus rules, the British Chambers of Commerce (BCC) has warned.

With all four UK nation governments imposing more restrictions on a local or national level, the BCC says there will be mass redundancies and closures without new support.

In areas where businesses have been told to close, the government has committed to paying two-thirds of staff wages and a £3,000 grant per month. However, many businesses say the grant won’t even come close to covering their basic, unavoidable monthly costs. There is also no support for firms in the supply chain, those that are not told to close, but will be severely impacted by their clients doing so - food and drink suppliers, for example.

The BCC said some businesses in England say they would rather be placed in the ‘Very High’ risk tier and be forced to close so they can receive support, than suffer the consequences of significantly reduced demand caused by restrictions outlined in the ‘High’ risk tier.

Adam Marshall, director general of the BCC, has written to the prime minister, warning that “the situation for business grows graver by the day”.

He said: “Enhanced support must be given to those facing the indirect impacts of restrictions and closures - in supply chains, tourist destinations and town and city centres.”

In the letter, Mr Marshall calls for evidence of the effectiveness of the proposed restrictions, extra time for businesses to prepare, and more financial support for firms affected.

The government has so far been resolute in defence of its measures. A spokesperson said: “We know this continues to be a very difficult period for businesses.

“That’s why we have put in place a substantial package of support.”

Meanwhile, Prime Minister Boris Johnson told MPs that “this [three-tier system] is not how we want to live our lives but this is the narrow path we have to tread between the social and economic trauma of a full lockdown and the massive human, and indeed, economic cost of an uncontained epidemic”.

The business lobby group is also calling for changes to the Test and Trace system.

“The need for additional restrictions cannot be blamed on a lack of care by hardworking people in businesses across the country,” the letter said.

“Instead it represents a failure of the test and trace system, which must be urgently improved and expanded.”