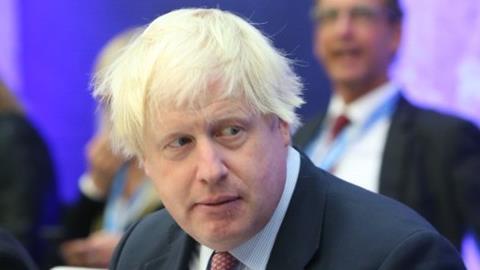 The Prime Minister Boris Johnson has “expressed his disappointment” with the lack of progress in negotiations with the EU over a free-trade agreement.

A Number 10 spokesperson said Mr Johnson had aired his concerns on a call with EU Commission President Ursula von der Leyen ahead of an EU Summit.

Today (15 October) marks the deadline previously set for a deal to be agreed by the Prime Minister. He had claimed that a free-trade agreement would need to be signed by today in order to be implemented in time for the start of January 2021, when the transition period comes to an end.

Both the UK government and the EU are calling on the other compromise on key issues, particularly fishing rules and subsidies for businesses.

The Number 10 spokesperson says Mr Johnson “noted the desirability of a deal” in his call with President von der Leyen.

They added: “The prime minister said that he looked forward to hearing the outcome of the European Council and would reflect before setting out the UK’s next steps.”

Ms von der Leyen said after the call: “The EU is working on a deal, but not at any price.”

Despite the Prime Minister’s previous assertions over the 15 October deadline, it appears the EU does not see it in the same way. Speaking to French MPs on Tuesday, France’s foreign minister Jean-Yves Le Drian, said: “The date of 15 October, it’s Prime Minister Boris Johnson who announced that, it is not the position of the European Council.”

He added that “everything should be played out” between 15 October and mid-November.