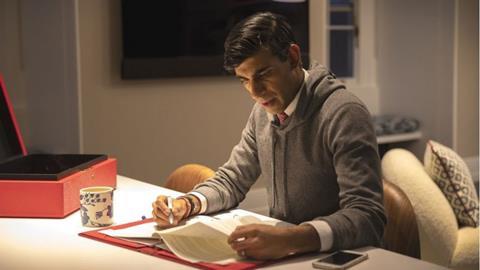 Protecting jobs and livelihoods will be the “number one priority” of today’s Spending Review, Chancellor Rishi Sunak has said.

Mr Sunak will reveal details of a £4.6 billion package designed to help hundreds of thousands of unemployed people back into work. It includes £2.9bn for a ‘Restart’ jobs scheme and £1.4bn to expand the Jobcentre Plus agency.

It comes days after the Chancellor promised that the Spending Review would not spell the return of austerity.

Earlier this month, the Office for National Statistics (ONS) reported a rise in the UK’s unemployment rate from 4.5% in September to 4.8% in October, with a large increase among the 16-24 year old age range.

Earlier this month, the Bank of England warned that unemployment could rise as high as 8% by the middle of 2021.

The Restart scheme will see people who have been out of work for more than 12 months provided intensive support tailored to their individual circumstances. The Spending Review will also detail a further £1.6bn for the Kickstart scheme, which offers £2,000 to employers for every new worker they take on. The scheme will be extended until the end of March and is forecast to create up to 250,000 new jobs for young people.

Mr Sunak said on Tuesday: “This Spending Review will ensure hundreds of thousands of jobs are supported and protected in the acute phase of this crisis and beyond with a multibillion package of investment to ensure that no-one is left without hope or opportunity.”

Claire Walker, co-executive director, at the British Chambers of Commerce, said: “Investment in Kickstart, in which Chambers are playing a leading role, and the launch of the Restart scheme, will be critical in helping support the recovery.”

“The chancellor is right to put in place help for those out of work for long periods as they often struggle most in periods of high unemployment. The Restart Scheme is a big step up in terms of job support. The £2.9bn allocated for the coming three years exceeds that spent on the Work Programme over five years after the financial crisis.”

“But for the new approach to be effective, ministers must learn lessons from the patchy record of that scheme, particularly the need for more intensive support for harder-to-help groups, who were too often side-lined.”