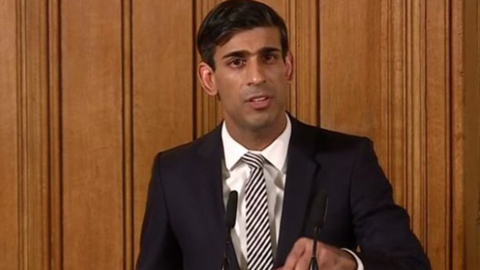 The furlough scheme will be extended until March, Chancellor Rishi Sunak has announced in Parliament.

It will continue to cover up to 80% of workers’ pay up to £2,500 a month, keeping it on par with the level of support offered when the scheme was first introduced. Importantly, it will not be reliant on a business being forced to close as a result of government restrictions.

There were growing concerns that the end of the furlough scheme would lead to a huge spike in unemployment by the end of the year. One forecast even suggested that as many as 16 million jobs could be at risk if SMEs don’t receive targeted support.

After some intense scrutiny over its availability in devolved nations and future lockdowns, Mr Sunak said the extended scheme would be available in every part of the UK.

The furlough scheme was due to end on 31 October having reduced the level of financial support contributed by the government in the months previous. However, when Prime Minister Boris Johnson announced on that day that England would enter a month-long national lockdown, he said the scheme would be extended for that period.

The Chancellor told MPs that the decision had been made “to give businesses security through the winter” and will be reviewed in January.

As part of the extension, anyone made redundant after 23 September could be re-hired and placed on furlough.

It’s comes as a dramatic u-turn for a government and a Chancellor who as recently as the past few weeks ruled out further national lockdowns and extending furlough.

Mr Sunak had described an extension to the furlough scheme as a “blunt instrument”.

Shadow chancellor Anneliese Dodds criticised the government for waiting “until the last possible moment” to extend the scheme.

As well as extending the furlough scheme, the Chancellor increased support through the Self-Employment Income Support Scheme (SEISS). Self-employed workers will be able to secure a third grant at 80% of their average profits up to £7,500, covering November to January.

He also increased guaranteed funding for devolved nations by £2 billion to £16bn.

The expansion of support comes after the news that the Bank of England will pump an extra £150bn into the UK economy through quantitative easing.

Lee Biggins, founder and CEO of CV-Library, said: “While this funding is long overdue, we are thrilled to see that the government understands that employers across the country, including in the devolved nations, will need financial support past the end of this latest national lockdown. This decisive action offers more long-term certainty than we’ve seen in recent months, which will be essential for lasting recovery.”

“This additional support offers a glimmer of hope for businesses on the brink of bankruptcy, as well as a life-line for some of the country’s most vulnerable workers. We applaud the government on their decision to protect the hard-working people of this country.”