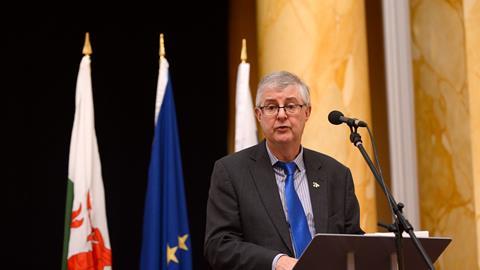 Everything you need to know about Wales’ ‘fire break’ lockdown

As part of the lockdown, which will last from 6pm on Friday 23rd October until Monday 9th November, people will be required to stay at home and non-essential businesses will be forced to close.

Mr Drakeford said hotels, restaurants, pubs, non-essential retailers, hairdressers and beauticians will all close. Restaurants and pubs will be allowed to remain open if they offer delivery or takeaway services.

The First Minister said it would be “a short, sharp, shock to turn back the clock, slow down the virus and buy us more time”.

He stressed that the lockdown would end after the two-week period, adding that its success or failure would not be seen in coronavirus case numbers until the weeks following 9 November.

The Welsh Government is launching a new £300 million fund to support businesses through the 17-day period. It will automatically give every a £1,000 grant to every business covered by the small business rates relief scheme.

Small and medium-sized companies in the leisure, hospitality and retail industries will also be given a £5,000 one-off grant. However, Mr Drakeford said there would be additional discretionary grants and support for smaller support that struggle to cope.

Employers will be able to apply for the UK government’s Job Support Scheme, which covers 67% of workers’ pay for companies forced to close. However, that scheme does not launch until 1 November and Chancellor Rishi Sunak rejected Mark Drakeford’s request to access the scheme a week early, citing “limitations” in HMRC’s ability to deliver the scheme ahead of schedule. Mr Sunak confirmed that workers could be placed on furlough until 31 October, but only workers who have previously been furloughed.

It is news that has left some business lobby groups warning of a “job support gap”, with businesses unable to secure financial support for some workers’ wages between 23-31 October. They are also concerned that some workers will ‘slip through the cracks’ when switching from the furlough scheme to the Job Support Scheme.

A Welsh Government spokesperson said: “It is absolutely crucial the UK government ensures this process is as smooth as possible and that all affected Welsh businesses and employees benefit from these schemes during this difficult time.”

What has the reaction been?

The Federation of Small Business Wales called on the UK government to bring forward the Job Support Scheme, a process which the Welsh Government offered to fund but was ultimately rejected by Rishi Sunak.

Ben Cottam from FSB Wales said: “The current one-week gap between the beginning of lockdown on the 23 October and the beginning of the Job Support Scheme is a significant barrier for businesses who are working incredibly hard to stay afloat.

“In order to inspire confidence in businesses at this difficult time, as well as help minimise uncertainty and remove as many of the hurdles that firms will be facing as possible, we urge UK and Welsh Government to work together in order to make this happen.”

The Welsh Retail Consortium said it was not aware of “any evidence” that justified the closure of non-essential retailers.

The group’s Sara Jones said: “Retailers are now gearing up for the vital festive trading period when a fifth of goods are bought. If shops can’t trade in the run-up to Christmas that will be a catastrophe.”

Emma McClarkin, chief executive of the British Beer and Pub Association, said: “The financial support package announced today leaves many businesses impacted by this forced closure with no additional help.

“[It will] destroy many pubs, brewers and their supply chains in the country unless the financial support package is available to all businesses hit by the forced closure of all pubs”.