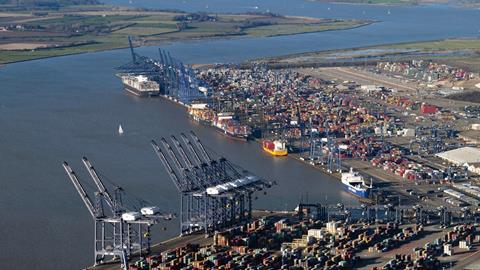 Workers at UK ports should be fast-tracked to receive Covid-19 vaccinations in order to ensure trade can be kept flowing, customs operators are urging.

Speaking to the BBC, one operator said his staff were working 16 hour days in order to help traders comply with new Brexit customs rules.

The source said: “A Covid outbreak would be disastrous. Customs clearance staff should be identified as key workers and fast-tracked for vaccination.”

Another said his business had written to transport secretary Grant Shapps and his local MP, warning that they could be forced to close and trade stopped if they suffer any Covid-related absences.

Rod McKenzie of the Road Haulage Association said: “We have 14 staff. Two have already had to self-isolate, if we lose any more we would have to consider closing.

“Customs agents are absolutely swamped, they are understaffed by tens of thousands and although volumes have been light thanks to pre-Christmas and pre-Brexit stockpiling, we are approaching a critical point:”

The government has insisted that it will proceed with the first phase of the vaccine rollout as planned, giving the first vaccine to as many of the most vulnerable in society. However, it has since acknowledged that phase 2, which isn’t likely to start until March, could include other key workers, like teachers.

The combination of establishing new trade rules and processes between the EU and UK, and France temporarily closing the border to hauliers travelling from the UK due to the new variant of Covid-19, has already caused delays and backlogs at some ports. Despite those issues, ports have been running relatively smoothly. But that is understood to be because traffic is lower than usual. The Dover-Calais was running at roughly 40% of its usual traffic last week, with many traders not getting close enough to ports because they’re struggling to provide the required documentation.