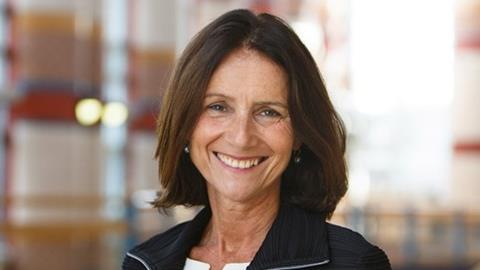 The outgoing head of the UK’s biggest business group has criticised the pace of Brexit negotiations, claiming it has left businesses in “suspended animation”.

Dame Carolyn Fairbairn, who leaves her roles as director general of the CBI next week, said the biggest regret of her tenure is that the UK’s future relationship with the EU remains unresolved. But she warned ministers that businesses are unprepared for a no-deal scenario because they have spent most of the year battling the Covid-19 pandemic.

Talks looked to have failed completely a few weeks ago as Prime Minister Boris Johnson publically announced the UK would look to an Australia-style relationship with the EU, and told the EU’s chief negotiation Michel Barnier ‘not to bother’ coming to London for further talks.

However, intensive negotiations have now resumed as the two sides look to find compromises.

Ms Fairbairn said: “I think we will get a deal. The remaining issues look soluble.”

She added: “It [Brexit] has had a momentum of its own. It has been almost a perfect storm. The economy has gone into suspended animation while we resolve this seismic issue. I hope we can have a resolution so we can move on.”

Despite her optimism, the outgoing CBI boss said there is still a chance talks could collapse, which she said would be “very challenging” for the organisation’s members.

Ms Fairbairn said the government needs to set up an urgent task force to accelerate preparations as soon as a deal is agreed. She said that even securing a free-trade agreement would result in significant changes for businesses trading and operating with the EU, but stressed that it would still be “hugely better” than ending the transition period without a trade deal in place.

Despite having campaigned to remain in the EU, the departing leader said she trusted British businesses to make the most of Brexit: “Business will do everything possible to make the best of it. There will be areas to explore. There will be areas where it will be good to align with the EU but when it comes to AI and the industries of the future we could find new ways to shape the regulatory environment.”

She did, however, described the economic recovery from the Covid recession as “a mountain to climb”, with particular concerns about young people, who are being disproportionately affected by job cuts.

Ms Fairbairn said: “We are going to see significant redundancies. It is going to be tough.”

“We are not epidemiologists, we put health first,” she added, “but we need a plan for the short run to keep as much of the economy open as possible. It has to be evidence based and rely on really clear tiering.”