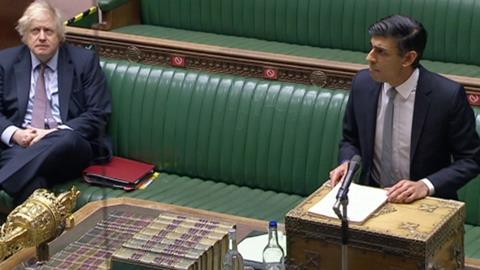 The UK’s economic recovery from the impact of the Covid-19 pandemic will be “swifter and more sustained” than expected, the Chancellor announced in the Budget.

The Office for Budget Responsibility (OBR) has updated its forecast for economic growth for 2021 to 4% and 7.3% in 2022, meaning the economy is now expected to reach its pre-Covid levels by the middle of next year, six months earlier than previously thought.

Economic growth of 7.3% would be the strongest since records began in 1949. Meanwhile, unemployment is now expected to peak at 6.5%, down from initial forecasts of 11%.

With rumours flying around about tax rises on workers, Mr Sunak insisted he would not raise taxes on employees and would continue with planned increases in tax thresholds. However, they will be frozen at these levels until at least 2026. Instead, he suggested that it was “fair” that businesses that had received support through the pandemic would be the ones that help to get the country out of the economic crisis.

He announced that the UK’s rate of tax on corporate profits will rise from 19% to 25% in 2023. However, those with profits of less than £50,000 will be protected and remain at the current rate, with a staged increase rate for other businesses.

The business rates holiday was extended to June at the 100% rate, while a two-thirds discount will be available until the end of 2021 up to £2m for closed businesses. The reduced rate of VAT will also be extended until the end of the year, and a return to the regular 20% rate will be staggered.

With the bounceback and business interruption loan schemes coming to an end, Mr Sunak announced ‘Recovery Loans’ to replace them, offering loans through major high street lenders of between £25,000 and £10 million, 80% guaranteed by the government.

What we already knew

A number of policies had already been announced but Rishi Sunak confirmed exact details.

He confirmed that the furlough scheme would be extended to September, with employers expected to contribute 10% in July and 20% in August and September. In addition, the self-employed support grants would continue until September, with those who filed tax returns for the 2019/20 financial year capable of claiming the grant for the February to May period and remaining period of the scheme.

Having announced a £5 billion fund to support High Street businesses to ‘restart’, the Chancellor explained that retailers – that will be less impacted by restrictions when they are allowed to reopen – will be able to claim up to £6,000, whereas hospitality and leisure businesses – which will be subject to tighter restrictions upon reopening – will have access up to £18,000.