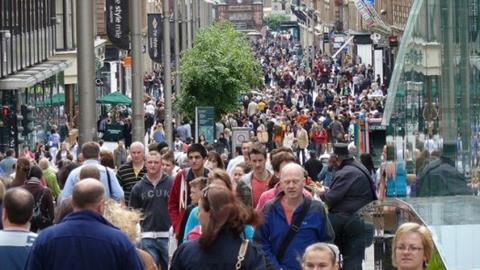 High Street businesses and hospitality firms in England are set to receive part of a £5 billion fund announced by the Chancellor ahead of the Budget.

Rishi Sunak unveiled the fund on the BBC’s Andrew Marr programme on Sunday, saying grants worth around £18,000 per business would be made available as lockdown eases.

The so-called ‘restart grants’ will be available to around 700,000 shops, hairdressers, restaurants, gyms and other businesses. They will be distributed by local authorities from April, replacing the current monthly grants.

“the right thing to do” and would allow people to “reopen their businesses”. Acknowledging the extreme difficulties the High Street and hospitality have faced since the start of the pandemic, Mr Sunak said the fund would give businesses the “support they need to get them through, get them back on their feet”.

The fund was received well by some, but criticised by others for not being enough. The Federation of Small Business (FSB) said the fund will provide a “much-needed lifeline” to the High Street but called on the Chancellor to use Wednesday’s Budget statement to provide support “for those that have been excluded from income support throughout this crisis”.

Helen Dickinson, of the British Retail Consortium, described the fund as “vital” but stressed that it would “only provide temporary relief” if Rishi Sunak does not extend the business rates holiday.