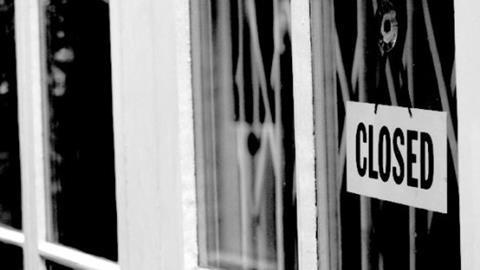 More than half a million businesses across the UK have been described as “zombie companies” facing “significant distress” before the end of the year.

Insolvency firm Begbies Traynor warned that reduced government support could result in as many as 557,000 businesses collapsing in the coming months.

It argued that current bans on lease forfeiture and winding-up petitions are covering the true scale of the problems facing hundreds of thousands of businesses.

The report showed the largest quarterly jump in businesses in ‘distress’ since 2017. And, unsurprisingly, hospitality and food businesses were the ones reporting the most distress.

The government’s Job Support Scheme, which comes into effect on 1 November, is less generous than the furlough scheme and is expected to result in huge job losses.

Julie Palmer, a partner at Begbies Traynor partner, said that the insolvency rate will surge in the early months of 2021 unless the government extends existing support or introduces additional measures.

Ms Palmer said: “Unfortunately for the many zombie companies in existence across the UK, a perfect storm is on the horizon.

“With so many businesses limping along there could be a flood of insolvencies when the courts do get back to anywhere near normal capacity and attempt to clear the backlog of pending cases.

“This in itself, combined with the end of the furlough scheme and other government support measures is likely to have a material impact on the UK business failure rate.

“A combination of a grim economic data, and very poor trading conditions, particularly in the most vulnerable sectors, such as hospitality will take its toll and this is expected to feed through to next year’s first quarter, particularly when the government ends its high profile corporate life support measures.”