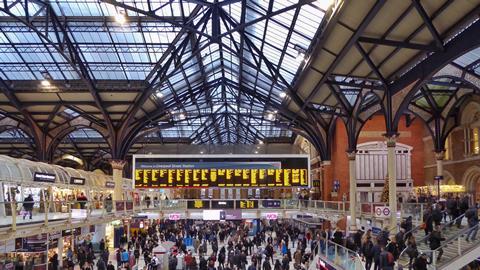 Chancellor Rishi Sunak has urged UK workers to return to the office, warning against remote working being the norm. Is it too soon?

Rishi Sunak has cautioned against making remote working the new norm. From his own experience, he says young people that working from home would not have enabled him to build strong relationships in his career that stood the test of time. The bottom line for the chancellor is that video conferencing is no substitute for in-office experience.

Following the recent calls from Rishi Sunak for staff to return to the office, Godfrey Ryan, CEO of transport specialist Kura, explains why employers pressuring staff to begin commuting again, without offering the necessary support to match, may in fact drive staff away in favour of a more empathetic competitor.

“These latest comments from the Chancellor are another example of those in charge providing the stick, but employers also need to provide some carrot if staff are to return to offices in the medium-long term,” he says.

“Commuting, as one of the most stressful parts of office life, needs to change.”

However, a significant issue is that many employers still don’t see the work commute as their responsibility. Only 16.3% of employers provide staff with any kind of support on their commute as it stands, and 52.3% have no plans to introduce any kind of assistance going forward, such as journey planning or offering alternatives such as shared transport to get their employees off crowded public transport and out of polluting low-occupancy cars.

“It is understandable that businesses would like their staff to return to the office, but many people still have real concerns about commuting and these need to be addressed,” Godfrey adds. ”If companies do not address these issues and offer their staff assistance or incentives to return to commuting in a hybrid working world, many may face a talent crisis as staff leave in favour of more sympathetic, forward-thinking competition.”

Kura’s own research shows that almost two-thirds of employees (63%) are now less likely to work for a business that does not offer help or support with their daily commute.

If organisations don’t evolve their working policies now, the consequences of such a missed opportunity could be huge. Dan Harding, CEO of  Sign In App believes that the pandemic has been a catalyst for businesses to adopt hybrid working policies, so going back may no longer be a viable option.

”With technology continuing to move forward, many believe it should now be the norm for companies to offer more flexible working policies.”

With 84% of UK businesses planning on having a hybrid, flexible or remote workforce after the pandemic, it’s clear that employee expectations – and the working world – are changing for the better.

Organisations should embrace the chance to keep up with the times as other businesses and industries develop and restructure, says Dan. If not, it could mean a loss of talent as companies will miss the opportunity to hire employees that bring a dynamic and creative approach to the organisation.

”It could also create a dissatisfied culture as employees become frustrated returning to rigid policies and feel they aren’t trusted to work effectively from where they feel most productive. Ultimately, it will make those dynamic and forward-thinking companies that choose to embrace this opportunity for change, stand out from the crowd and evolve faster than the rest.”

“Interestingly Government departments are adopting new ways of working and have been on that journey for 10 years.”

Responding to the comments by the Chancellor that younger workers were keen to return to the office, Andrew Mawson, managing director of global consultancy Advanced Workplace Associates (AWA), looked to AWA’s own data. Reviewing more than 16,000 responses from employees, AWA found that young workers want as much flexibility to work at home as older workers.

“From our own data, we know that that Under 29s want broadly the same flexibility as the rest of the working population, but they have a greater sociability need, which of course they satisfy by being with the peers and socialising after work,” says Andrew. “However this doesn’t need to be five days a week, most people want to work two or three days a week.

“As far as having to be in the office to learn from older colleagues, now is a time for re-inventing these practices and norms. Younger people learn in very different ways now - they are much more attuned to discovering things by watching a YouTube video as opposed to being ‘taught’.