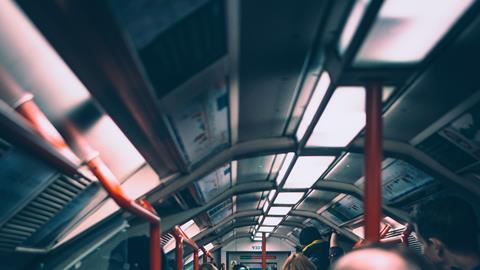 Face-time pressure forces Brits back into the office, according to new research.

What to wear, having to face energy vampire colleagues and a pressure to look available are top concerns for employees now as the UK opens up again. New research also reveals that employees feel they need to go back into the office in order to be promoted, raising the question if flexible work during the lockdown had any real impact on work culture.

One of the benefits about having to work remotely during lockdown is that it’s opened up the possibility of spending longer in bed with not needing to get up and travel to the office. Clearly this is something that many UK workers aren’t looking forward to losing out on as 28% of Brits surveyed in May by Cartridge people, who said they were dreading having to get up earlier.

The study of 1,500 Brits also found that 12% were dreading having to chat to co-workers the most when they’re back in the office. This didn’t top the list of things people were least looking forward to. The results revealed that 40% were dreading the commute although this percentage rose to 50% for respondents based in London.

It would seem that the need to make sure we’re in appropriate workwear when we return to the office is a worry for the UK office-based workforce; 17% of people said “having to dress appropriately” was something they were now dreading.

The study also found that in Wales, more than one in five were dreading catching up with colleagues in person. This is compared to 12% in England, 11% in Scotland and 3% in Northern Ireland.

“It’s understandable that so many office workers have got used to not having to travel in to work and there are clearly many things people are concerned about when it comes to returning post-pandemic,” Cartridge People managing director, John Flanagan, said.

“As employers, it’s important to try and understand what can be done to help those who are worried, for instance, looking at a hybrid of remote-working and office-based to try and introduce a gradual return to the office. When it comes to people having become used to a bit more sleep than before the pandemic, a gradual return would be helpful to avoid staff becoming fatigued by an immediate return to commuting on less sleep.”

A separate study from ESCP Business School looked at 4,000 employees of a leading multinational in the thick of the Covid crisis. They found that almost a third of respondents, the great majority of whom were working remotely, felt that physical attendance was implicitly preferred and rewarded by their organisation.

The assumption is that an employee working from home should not expect the same career prospects as an employee clocking in at the office every day.

The more employees feel that their organisation implicitly prefers physical attendance – that is a “face-time climate” – the more they feel they have to show they are constantly available when remote working, thereby compromising their well-being and productivity.

In other words, when they are unable to show their commitment through sheer physical presence in the office, it seems that employees resort to another type of signal: availability.

According to the authors, Marie-Colombe Afota, Yanick Provost Savard, Ariane Ollier-Malaterre and Emmanuelle Léon, the first thing they noticed was that there was no significant difference in terms of the number of hours worked. Those employees who continued to commute to the office reported working an average of 45.22 hours per week, compared with 45.17 hours for those working remotely full-time.

“What our results demonstrate is that the open scepticism of some organisations toward their remote workers is not only unfounded; it is also harmful to their well-being and performance and, ultimately, to the organisations themselves.”

”It may well be true that some people make the most of being at home to work less, but nothing suggests that such laziness is any worse than that of employees who, sitting at their desks in full view of everybody, spend their working hours taking care of personal business.”

According to Emmanuelle Léon, associate professor of human resource management and scientific director of the Reinventing Work chair, “we have experienced telework in an unusual manner, due to the pandemic. Now that we are moving towards hybrid models, telework will only be beneficial if the following conditions are being met: a real willingness from top management to embrace remote work, appropriate training and coaching of both employees and managers, and organisational structures which make sense (size of the teams, length of the assignment, level of task interdependence).”

Read more: Could Coronavirus revolutionise home working in the UK?