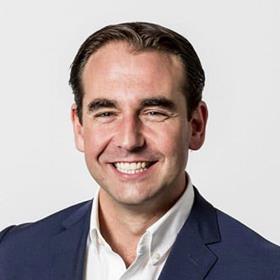 Oli Barrett is a serial co-founder who enjoys making useful connections between people and ideas. He created Tenner, the UK’s largest schools enterprise challenge, in which over 250,000 pupils have made money and made a difference in a month, starting with just ten pounds. He co-founded Volunteer It Yourself (VIY), the social venture, which has helped thousands of young people to fix their own youth clubs. He is also the founder of TOTS (Turn on the Subtitles), the children’s literacy campaign.

His first job was at Walt Disney World in Florida, and his first experience in television was working on the launch of Bob the Builder. He co-founded The Rainmakers (an innovation and incubation company) in 2004, which continues to operate out of San Francisco. From 2008, he co-created and led eleven international trade missions (including WebMission and the Clean and Cool Mission), to help companies succeed overseas. In 2011, he co-founded StartUp Britain, launched by the British Prime Minister and funded by the private sector. The campaign led to the creation of PitchUp Britain (with John Lewis and Sainsbury’s) and PopUp Britain, with the opening of shops around the UK.

Oli hosts The Lens podcast with Business in the Community, which pairs senior leaders with future leaders, to discuss the future of work. He is a regular conference and awards host, for events across education, technology and entrepreneurship. He is on the advisory boards of Tech London Advocates, One Million Mentors and Troubadour Theatres, and is a Fellow of impact incubator and business builder Zinc.  His latest venture, The Connector Unit, founded in 2016, forges valuable and creative connections across a range of sectors and industries.