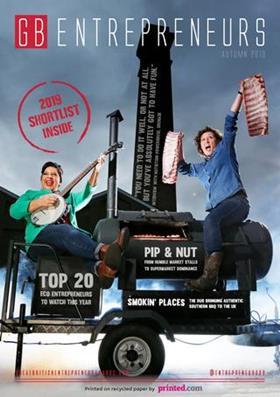 In 2013, when we launched a new awards ceremony for entrepreneurs, we wanted something different. Not another business awards that looked at the balance sheet, looked at revenue and profits and gave a trophy to the one with the biggest number.

We wanted to recognise the incredible stories of the entrepreneurs who started those businesses; the challenges they had overcome, the reasons they started the business and how they built the business.

Seven years later, I’m honoured to say that not only have we done that, but also built more than an awards ceremony.

In 2019, the Great British Entrepreneur Awards not only celebrates the hard work and inspiring stories of the UK’s great entrepreneurs, but has become a vehicle on a mission to unite great business minds, facilitate knowledge exchange and a platform that connects entrepreneurs.

We’ve witnessed members of the community come together to do deals, collaborate on new products and projects, and seen a judge complete the crowdfunding campaign of one of last year’s finalists (during one of our events!).

It has been a tumultuous year for so many businesses. Right across the country, uncertainty surrounding Brexit has made it difficult to make plans and set them in motion. However, against that backdrop, entrepreneurs have shown immense resolve and passion to continue growing and starting their businesses.