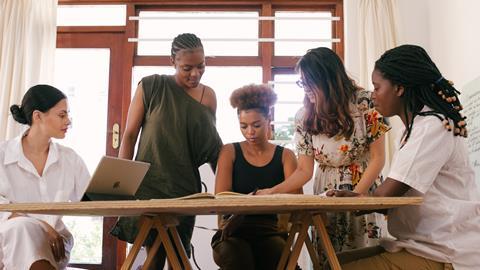 ​The fight for gender rights: are we still living in a patriarchy?

With so many movements across the globe focusing on a variety of different social issues, you might be mistaken in thinking some of the age-old problems we’ve been facing are solved. In an exclusive roundtable hosted by the Great British Workplace Wellbeing Awards (GBWWA) team, an old but still important question is addressed: Is it a man’s world?

This session was hosted by Wellity Global CEO and co-founder of GBWWA, Simon Scott Nelson.

The fight for rights

Gender equality is a long and ongoing battle, in many ways we have improved greatly on the once unfair and discriminatory system that once loomed over the heads of women many years ago, but there’s still a lot of room for improvement. There is still an 18% gender pay gap as well as a variety of other issues still plaguing society when it comes to the fight for equality.

“There is only a share of 34.5% held female directorships,” says Simon Scott-Nelson, highlighting that while even that meagre number would have been unheard of but a few decades ago, the fight isn’t over yet.

“It is still a man’s world,” says Katy Howell, though she compliments the impressive achievements of the gender equality movement, Katy explains that even within her very own profession, she can “feel it.” While not such a drastic contrast exists between genders in the modern-day as it once did, there are still many factors that hint at some of society still clinging onto scraps of sordid history.

“The office is designed for men,” continues Katy, briefly touching on how not only are things like office furniture typically made with a man in mind, but the workplace culture too. Though Katy mentions that it “isn’t on purpose,” she’s certainly noticed an unpleasant lingering of days gone.

““Even my desk is designed for the average man.” – Katy Howell

Even now with the new flexible working culture we’re beginning to see across businesses, Katy says: “a higher number of women over men are facing redundancy and unemployment.”

Sarah-Jayne gives her input into the discussion, agreeing with Katy, but reminding the roundtable that there are “two sides to this.”

Sarah-Jayne continues on to highlight the imbalance between the genders in society, the other side of the problem that doesn’t just reside in the workplace: “I wish men could understand the fear that women experience of walking down that street late at night.” Most will agree that there are deep rooted issues in the workplace for women and other specific groups, though such an issue could potentially be considered a mere symptom of a wider problem with society itself.

“We are living in a patriarchy, it’s a world designed by men, for men,” says Harvir Sangha, hinting at the historical roots for our arguably chauvinistic society. With so much change happening over such a short period of time, it might be time to address the problem of not only outdated cultural norms, but the very foundation of the workplace that Harvir argues is outdated.

“The modern workplace and society as it is has to an extent, been designed for a man who’s not the majority anymore,” explains  Harvir, highlighting that the outdated stereotype of the man works and the woman stays at home is the basis for a lot of society that no longer holds true, “that’s the kind of world we don’t live in anymore.”

Patrick Venn acknowledges the variety of hard facts that attest to the world still being male-dominated, “Look at the stats, the gender pay gap still exists, the makeup of the boardroom is still biased towards men,” he says, “from a financial lens, we’re absolutely still far behind and it’s very much still a man’s world.”

It’s certainly less of a man’s world, but how do we ensure that looking to the future, all the outdated ideals still held by society are consistently crushed and we can develop an environment that ensures equality for all?

“For progress to be sustained, it has to be underpinned by statutory legislation,” says James Fitzpatrick, “it’s the only way I think we can get a fair playing field.”

James says that legislation “has improved” over the last few years, but of course as usual there’s plenty of work to be done. What we’re doing in the UK can even pale by comparison when looking at the practices of other countries, especially others in Europe.

“But can you actually have a level playing field?” asks Simon, “not for a long time,” responds James, elaborating that while we can make leaps and bounds in progress when it comes to equality in any respect, it’s essential to back that progress up with laws and legislation to maintain a consistent path forward.

“In Norway, you can choose which parent has paid leave,” mentions Emilie Kristine Christofferson, giving her own arguably unique experience living in a country that has striven for equality much more vigorously than others.

While such a thing is certainly a sign of maintaining progress and a breaking of otherwise typical social norms, it seems that there might still be an underlying issue: “the problem is, it’s usually the women that take the leave,” outlines Emilie, “you get a stigma if you don’t leave, I think there are biases against women who prioritise their career.”

“There are many more options as businesses, managers and employers that we should be talking about to show women that there are more options for them and to change that perspective.” – Seb York

“I don’t think it’s ever been a man’s world,” says Seb York, “what we did, what men did, was just claim it.” Seb explains that men historically have seemingly felt entitled to the world and society has been constructed around that, rather than the world being designed for men, Seb attests that it’s rather been commandeered and forced in that direction.

“In the UK, the legislation allows each parent to take extra leave,” continues Seb, telling the roundtable that while this legislation has been backing up the hard-earned progress for years, UK society chooses not to discuss that paternity leave can also pertain to men too, “we don’t talk enough about it.”

It’s one thing having legislation in place to support women, but one of the most important things for anyone when aspiring towards a goal, or even simply realising that can achieve that goal is other individuals to look up to.

“It’s difficult to be what you can’t see,” says Pippa Vanpraagh, “we haven’t seen that many leaders of some of the biggest companies in the world as women.”

Pippa calls out the lack of representation of women in not just some areas of the workforce, but in leadership roles, “it’s a celebration because it’s so rare.” While anyone should be rewarded for their achievements, it’s a celebrated occasion when a woman manages to break into an otherwise male-dominated industry or position because of the rarity of such an event, something that clearly needs to be addressed.

“It starts early in school, in terms of how we teach STEM subjects,” continues Pippa, “even if you look at the language in textbooks, the curriculum, it’s weighted towards men.”

Finally, Pippa touches on the variety of factors that play into women dropping out of the workplace, not only causing them harm due to a deeper societal problem, but potential harm for future women aspiring towards certain careers due to lack of representation: “If you look at the amount of women that leave work because of fertility issues, loads of women leave then,” she says, clarifying how stressful it can be for some women facing similar issues and the difficulties of maintaining mental health in the workplace.

Pippa explains that even having a child can cause a woman to leave the workplace and be significantly demoralised when returning home, “they realised they’re being paid less than their male peers, they’re not being put up for promotion as much.”

Finalising her argument, Pippa says: “There’s so many opportunities for women to drop out and every day that’s reinforcing that it’s a man’s world.”

The cultural differences highlighted by the roundtable, the world being designed for men, is a major issue that subjects women and society at large to an unfair system. While equality in the workplace is a problem, the only way to ensure guaranteed progress and to redesign the world to reflect the equality we all strive for is addressing the deeper issues in society itself.