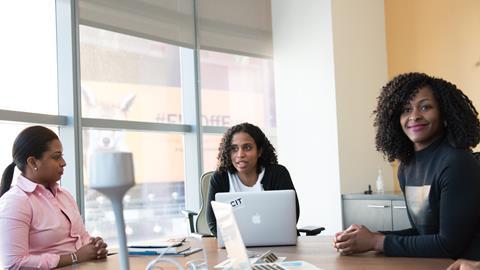 The 19 winners will be announced virtually during the Great British Businesswoman Series on 14th October 2021, a live stream experience designed to support women in business, champion their allies and inspire the next generation of female leaders.

The awards will showcase the business role models, advocates and mentors, as well as the inspirational women leading businesses and those ascending new heights. More than just an awards ceremony, the Great British Businesswoman Series is a year-round community-focused programme to celebrate the women who are changing the face of business across the United Kingdom.

Women in the corporate world face various obstacles, from receiving less salary for the same work done by their male counterparts to having fewer opportunities for promotions. Additionally, women in business are less likely to secure the funding they need to run their business, despite proving greater returns than male-led startups. Unfortunately, this has only been exacerbated by COVID-19 and the rise of hybrid working. Given that we could see a disproportionate number of men returning to the office as women combine remote working with childcare, there is a real risk of increased gender bias in decision-making on development and promotion opportunities.

United by purpose: The categories and judges

The esteemed judges of the Great British Business Woman Awards include some of the most iconic leaders in diversity and female empowerment. The 2021 awards programme is judged by Asif Sadiq MBE, the Vice President for Equity and Inclusion from WarnerMedia, Kathryn Jacob OBE, CEO of one of the biggest names in cinema marketing, Pearl and Dean, Sarah Koppens, UK Marketing Director of Bird’s Eye, Aunt Bessie’s, and Goodfella’s, Lopa Patel MBE, Chair of Diversity UK, among a range of others.

Each judge brings with them an array of experience across the categories and special recognition awards.

Encompassing an awards programme, a forum and a series of webinar sessions, the Great British Businesswoman Series’ mission is to provide a platform to recognise, celebrate and support women in business, champion their peers and advocates, and help foster the next generation of female business leaders.

Focusing on the key areas of leadership, new ways of working and personal career progression, the Great British Businesswoman Forum will provide a platform to challenge the status quo, support the next generation of female leaders and pave the way to change on 14th October 2021 in a series of online sessions.

You can register your attendance for the forum here.