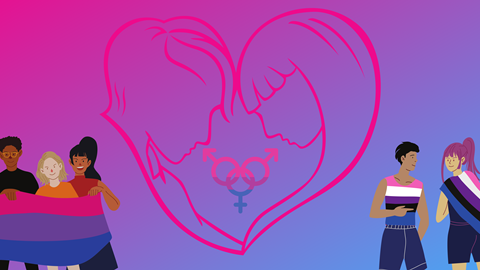 How has your business measured up after Bi Awareness Week?

It’s been three weeks since Bi Awareness week. Have businesses made the necessary steps to account for their bisexual staff, or have their inclusivity measures fell by the wayside now the world isn’t watching?

It’s easy to help out when it’s Bi Awareness Week, Pride Month, Black History Month, and so on. The world is constantly reminding you of the struggles that minority groups have to face. It’s the time where you get to hear their take on it, what they feel, a safe space to talk. However, once that hashtag isn’t trending anymore, people tend to fall into the same routine, and all the good work they were doing in that awareness week/month disappears.

It’s important we don’t blame ourselves for this behaviour. Out of sight, out of mind right? But what’s important is that we take responsibility - we become aware of our processes as humans, that we will slip into old habits when it’s not at the forefront of our minds. However, we can set up reminders throughout our days to ensure we’re doing everything we can so that everyone is feeling included and valued.

It’s been a few weeks, let’s get you back up to speed

Bisexual employees are constantly plagued in the workplace (and general life) by something called ‘bi-erasure’. It’s a specific kind of biphobia that occurs when people ignore, discredit or re-explain either someone’s own bisexuality, or bisexuality in general. An example could be referring to someone as ‘straight now’ or ‘gay now’, based on the gender of their current partner.

Examples like these directly affect the confidence of bisexual people in the workplace. It makes them think that people believe their sexual orientation is a joke. So much so that many hide or even lie about their orientation to co-workers. Stonewall’s recent LGBT in British Workplace report found that 38% of bisexual people weren’t out to anyone at work.

Unfortunately, their fears are not unfounded. A recent survey by HRC found that 43% of LGBTQ+ workers report hearing jokes about bisexuality throughout the workplace - from junior to senior staff.

Additionally, their 2018 employee feedback survey found that only 23% of LGBTQ+ people had not seen any bisexual role models at work. This isn’t a case of bisexual people lacking leadership qualities, it’s that they’re constantly dismissed because of people’s beliefs of bisexuality as “just a phase”. Going by these statistics, your boss and mentor could be bi, but you’d have no idea because 38% aren’t out.

Bisexual people are grossly underrepresented, and the credit they should be getting alongside everyone else is sadly taken away from them.

What can businesses do structurally and culturally?

We’ve created this checklist using advice and information from HRC for you to come back to periodically to make sure you’re maintaining an inclusive workspace for your bisexual employees. It covers everything from what you can do as an individual, all the way to what managers and HR can do structurally to ensure inclusivity is maintained for the long haul. 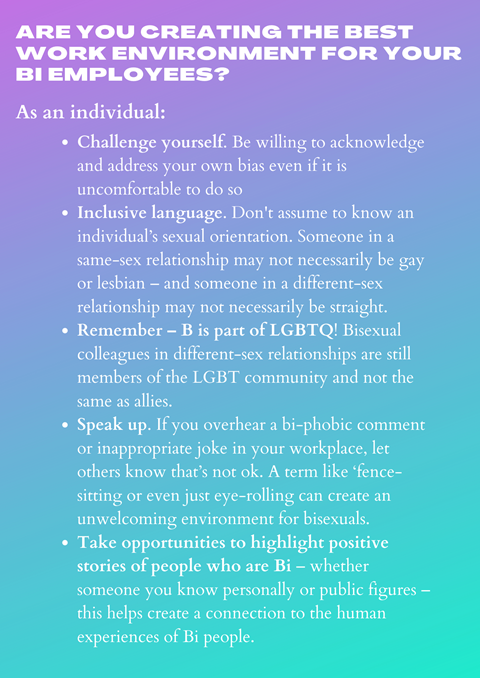 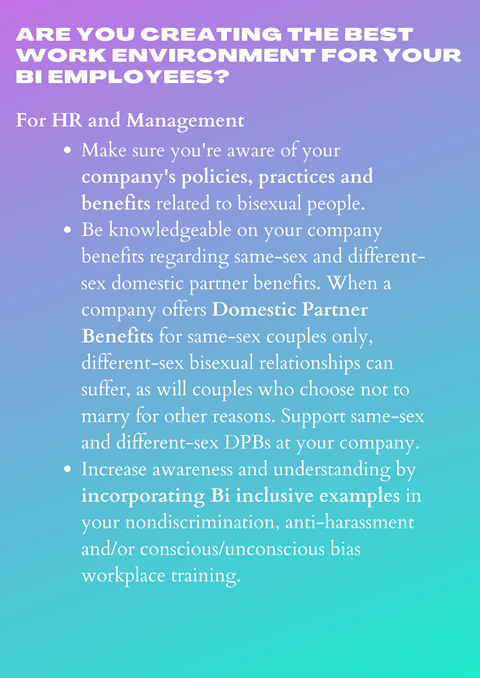