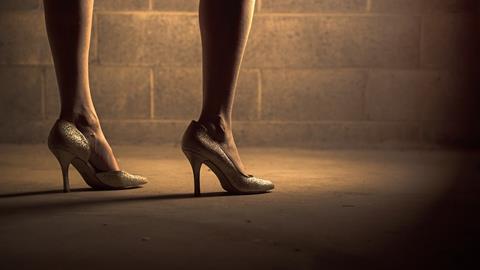 Can you force female staff to wear high heels?

Can a business legally force its female workers to wear high heels?

Questions over gender equality and dress code are nothing new. How often do we read or see stories of female students battling with their school over their choice to wear trousers instead of a skirt?

But the issue has been raised once again after Nicola Thorp, a 27-year old temp worker, was ordered to go home without pay when she turned up to work wearing flats.

She arrived for her first day working on reception at accountancy firm PwC’s offices in Embankment - PwC outsources its reception to a company called Portico. Upon arrival, a senior Portico member of staff told her to go out and buy a pair of 2-4 inch heels, otherwise she’d be sent home without pay.

Ms Thorp refused, and claims she was “laughed at” when she said it wasn’t fair because men were allowed to wear flat shoes.

Speaking to the Evening Standard, Ms Thorp said: “When I arrived on site, I was turned away from work because I was not wearing high heels.

“I expressed my confusion as to why, and they explained that flat shoes are not part of their dress code for women.

“The supervisor told me that I would be sent home without pay unless I went to the shop and bought a pair of two to four inch heels. I refused and was sent home.”

She added: “When I pointed out that my male colleague was allowed to work in flat shoes, and that I felt that I was being discriminated against, I was laughed at. I left feeling upset and confused.”

Following her dismissal, Ms Thorp has launched an online petition to make it illegal to force women to wear high heels at work.

But can a business legally force its female staff to wear high heels?

“There is no law specifically dealing with the issue of dress codes in the workplace,” said Jonathan Walsh, an employment law solicitor at Capital Law. “However, case law provides employers with useful direction so as to avoid the potential for discrimination.”

Mr Walsh explained that while men and women do not have to wear the same clothing, dress codes must apply equivalent standards to both male and female workers.

“For example, an employer can require its male employees to wear collar and tie without imposing the same requirement on its female employees, as long as women are required to dress to a similar standard.”

To avoid discrimination lawsuits, employers must have justifiable reasons for imposing certain aspects of a dress code, such as high heels.

Mr Walsh said: “Firstly the employer must have a legitimate aim in imposing the rule, for example ensuring a certain commercial image to its clients. To use the high heels example, an retail employer could legitimately require its staff to wear its products, which may involve female employees wearing high heels.

“Secondly, the employer must demonstrate that the dress code has been applied proportionately. In the modern day world in which we live, one could reasonably argue that it would be disproportionate to require female employees to wear high heels of any height, in particular given the potential health risks that may arise as a result. It is important to bear in mind that these health considerations would apply regardless of whether the employee in question has a disability but the issue would of course be made more complex if there is a disability.”