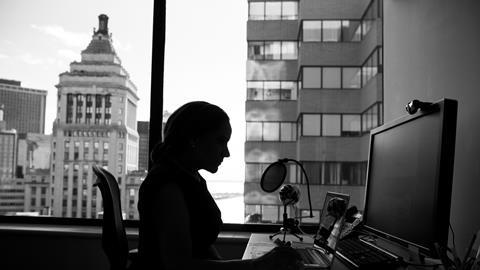 Does 2021 make a sea-change for the advertising industry when it comes to diversity and inclusion? A new study reveals digital industries are just as slow to change. We look at how Greenlight Digital, an agency committed to D&I, has fared as a case study.

2020 threw diversity and inclusion (D&I) into focus for businesses in a way never seen before. The digital industry was suddenly under intense scrutiny and forced to take a hard look at itself. According to trade body IPA’s 2020 Industry Census, COVID-19 exaggerated existing negative trends in advertising and marketing, such as a lack of gender diversity and ongoing ageism within the industry.

New data has also shown that the UK’s gender pay gap widened in 2020-21, and the ad industry’s recorded median gap for the year was higher-than-average at 17.85%. The All In census found that the overall reported gender pay gap from women to men in the industry is 24%.

There is also still an age divide within the advertising industry, and it seems that those aged 25 and under or 55+ are being affected the most. In 2020, the number of under 25s employed in agencies fell by almost 30%. The All In census found that only 7% of those employed by agencies are under the age of 25.

Gender diversity: A problem to tackle in the boardroom

There is a general feeling across the industry that gender diversity is moving backwards. The 2020 IPA Industry Census also showed that the number of female employees in agencies fell by 12.8%, and the 2021 All In census found that only 39% of C-suite positions in the industry are being held by women.

In light of this, Greenlight Digital has analysed the diversity and inclusion levels in the marketing industry and have looked at themselves by asking their employees how they think the company is doing.

30% of department heads and 55% of performance directors at Greenlight identify as female. However, with only 25% of board members being female, the company recognises that there is some way to go.

”For as long as I’ve worked at Greenlight it has been clear that DIB is at the heart of who we are. By promoting workplace diversity, we’re valuing everyone’s differences and allowing people to contribute their unique experiences. In doing so, we’re fostering better employee morale & productivity, which in turn impacts positively on business outcomes,” Greenlight’s head of people, Aoife O’Sullivan says.

In 2018, Greenlight found that its median pay gap was 0%, showing the importance it places on having a fair and unbiased pay policy. Greenlight plans to review and republish its gender pay gap report in the coming months.

Under 25s and over 55s are under-represented in digital marketing

Greenlight skew younger than the industry median, with 85% of team leaders under the age of 35 and 10% of current staff under 25. Younger talent is often attracted through its graduate scheme, while a graduate degree is not a prerequisite for many of Greenlight roles. ”We may have a way to go, we may not always get it right, but as long as we are learning and committed to our cause, we’re continuing to strive for a better more inclusive workplace for all,” Aoife adds.

Black and Asian representation at a measly 10% in digital marketing

2020 brought the very real issue of racial discrimination into the public eye in a way that made it impossible for businesses to ignore. The Black Lives Matter protests shook the world and made everyone stand up and take notice in a way that’s not been seen for decades. And, although BAME representation in the advertising industry has improved in recent years, the All In census found that only 10% of industry employees identify as black or Asian. 30% of current Greenlight staff are from a BAME background but, despite winning the Diversity & Inclusion Leader Award at the 2019 Bing Regional Partner Awards, it knows that so much more can be done and is challenging itself and other agencies to do better to ensure a truly diverse industry through blind hiring and unconscious bias training for all staff.

10% of those working in agencies identify as LGBTQIA+, 3x more than the UK average

There is good news for the advertising industry as the All In census finds that the number of employees identifying as LGBTQIA+ is significantly higher than the UK population average. The UK average is 3% whereas 10% of those working in agencies identify as LGBTQIA+. The All In census did find that 38% of those who identified as LGBTQIA+ felt under-represented at senior levels, compared with only 23% of heterosexual employees. Greenlight is above average in this area, with 1 in 5 employees identifying LGBTQIA+.

Off the back of the census results, the All In Inclusion Working Group has set out an action plan to encourage change within the industry initially focusing on improving the experience and representation of black talent, disabled talent, and talent from working-class backgrounds.

”The digital marketing industry is not diverse enough. There are plenty of women and people of colour in the industry as a whole, so we feel more balanced than other industries. But when it comes to leadership positions, we’re lacking diversity of all types.”

Greenlight also plans to implement internal changes of its own in order to improve diversity, inclusion and belonging practices within the business. It’s rolling out unconscious bias training for all employees, partnering with a non-biased recruitment platform, and looking at ways to provide support for the 17% of employees with non-Christian beliefs such as paid leave for non-Christian holidays and making provisions for prayer spaces in the office.

”Although we’re based in London, we are an international agency. So, by nature of what we do, we have people from across the globe.  Bringing in talent from different countries is part of the reason why we embrace diversity. But this is never enough, and we also know we are not perfect,” Hannah says. ”There is so much more we can do, and we are just scratching the surface in how far we can push diversity and inclusion.”

She encourages businesses to take stock of how your employees view your hiring and wellbeing policies. Greenlight’s recent ’temperature check’ survey helped the senior management team realise there was so much more to be done for true inclusion than they had initially anticipated. Employee surveys are a great learning experience and so essential to understanding the wider views on how we create and promote diversity and inclusion, particularly in industries where trade bodies or the government aren’t particularly active in their push.

”To do this right and fair and for me personally, it’s about having an open mind, open heart and open ears,” Hannah adds. “If we all do a little less talking and a lot more listening, it’s a start to doing the right thing.”

What’s your organisation doing to promote D&I? Fresh Business Thinking has partnered with the Great British Businesswoman Awards & Forum, a unique programme spotlighting diversity champions and role models across key industries. Applications for the Awards are open until 6 August 2021, so click here to nominate yourself or a woman or diversity ally you know!