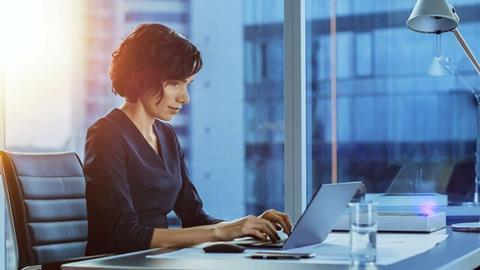 UK listed companies in the FTSE 100 should be aiming for a minimum of 25% female board member representation by 2015, Lord Davies of Abersoch said today when launching his independent review into Women on Boards.

He has recommended today in his report for government that FTSE 350 companies should be setting their own, challenging targets and expects that many will achieve a much higher figure than this minimum.

The report says that companies should set targets for 2013 and 2015 to ensure that more talented and gifted women can get into the top jobs in companies across the UK. Lord Davies also calls on chairmen to announce these goals in the next six months and Chief Executives to review the percentage of women they aim to have on their Executive Committees in 2013 and 2015.

Lord Davies was asked by Business Secretary Vince Cable and Minister for Women Teresa May in August last year to carry out a review into the barriers to increasing the number of women on the boards of UK companies. Lord Davies and his review panel received more than 2,600 responses to the call for evidence which closed in December 2010.

As part of the report Lord Davies and his panel state that companies should fully disclose the number of women sitting on their boards and working in their organisations as a whole, to drive up the numbers of women with top jobs in business.

“Over the past 25 years the number of women in full-time employment has increased by more than a third and there have been many steps towards gender equality in the workplace, with flexible working and the Equal Pay Act, however, there is still a long way to go. Currently 18 FTSE 100 companies have no female directors at all and nearly half of all FTSE 250 companies do not have a woman in the boardroom. Radical change is needed in the mindset of the business community if we are to implement the scale of change that is needed.

“This is not about aiming for a specific figure and is not just about promoting equal opportunities but it is about improving business performance. There is growing evidence to show that diverse boards are better boards, delivering financial out-performance and stock market growth.

“I have been pleased to see the huge amount of interest that this review has sparked both from individual businesses and industry groups. I hope that the recommendations I am announcing today will mark the beginning of a step-change so that more of our talented women get seats on our top boards.”

The report also calls upon The Financial Reporting Council to amend the UK Corporate Governance Code to require listed companies to establish a policy concerning boardroom diversity. This should include how they would implement such a policy, and disclose annually a summary the progress made.