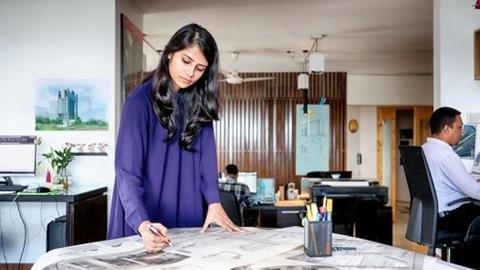 While there has been significant progress in many UK boardrooms since Lord Davies’ challenge was set in 2011, O2’s research findings suggest that progress isn’t moving fast enough. With half (48%) of the 2000 working women polled saying all the decision-makers in their company are male, the reality is that many women - the potential female board members of the future - aren’t seeing evidence of improved diversity.

Perhaps more concerning is the fact that, despite the increased efforts of businesses to promote diversity, nearly a fifth of women (17%) believe it’s impossible for a woman to reach senior management.

And it is not through a lack of ambition. Many women said they do dream of being the CEO (28%) or on the Board of a company (35%) one day. However, when asked about their own career, a third (32%) revealed that it had failed to meet their expectations. With poor quality line management (33%), a lack of effective training and development programmes (22%), and negative office politics (28%) all cited as factors hindering progression, businesses clearly need to renew their efforts in helping women reach their full potential.

On a more personal level, the research also revealed that a crisis in confidence is threatening to derail the career progression of many working women. Over a third of women (36%) said they lacked the confidence to ask for the promotion or pay rise that they felt they deserved. What’s more, of the women who felt their career had met or exceeded their expectations, ‘luck’ was deemed to be the number one factor in their success, while factors such as skill, ambition and determination hardly featured at all.

In response to the findings, O2, in association with the CIPD, the professional body for HR and people development, is launching a new guide to help businesses implement an impactful Women in Leadership programme, to help women with talent and potential to reach the highest levels in British businesses.

“As an employer, today’s findings make for uncomfortable reading. We want all our people - male and female - to feel supported and encouraged throughout their career, and it’s crucial that we remove any stumbling blocks preventing them from fulfilling their ambition and potential.

“Our research shows that, while the diversity debate has moved on outside of the office, not enough women are actually seeing this progress at work. If we’re to achieve sustainable and long-lasting change, we can’t just look at women already at the top; we need to focus our efforts on women at every level, creating a strong pipeline of female talent across British businesses. If we fail to do this, there is a very real risk that these women will seek these opportunities elsewhere.

“That’s why we’ve worked with the CIPD to create this guide, which will help businesses support the talented women in their organisation, so that they are able to reach the highest levels without the need for artificial quotas.”

Dianah Worman OBE, Public Policy Adviser for Diversity at the CIPD, said: “Businesses need the most effective leadership they can get to thrive in today’s volatile and uncertain world.

Anything that limits an organisation’s ability to appoint, promote and retain half of society’s potential leaders simply because of their gender has to be addressed. Growing numbers of organisations are making concerted efforts to tackle the unconscious bias and other unintended consequences of ‘the ways we’ve always done things’.

The guide we’re supporting O2 to launch today will help others who want to improve their ability to select from the best potential leaders, regardless of gender.

“While there’s been genuine progress towards government targets to improve boardroom diversity, too much of this has been skewed towards non-executive positions. We’re calling on all parties in the forthcoming election to commit to a new voluntary target for at least 20% of executive director positions in FTSE 100 firms to be filled by women by 2020. This will encourage organisations to set a clear example of diverse leadership, and grant employees the benefits of management diversity from those actively involved in the business. Development programmes such as that run by O2, are one way of achieving this target.”

Along with insights from 2000 working women, the guide incorporates insights from O2, the CIPD, and a coalition of contributors made up of senior businesswomen from a range of roles and industries including IT, law and engineering. The guide provides advice to businesses of all sizes looking to implement their own programmes, including: