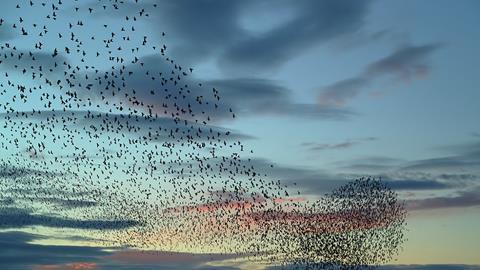 In a blog post on Starling’s website, founder Anne Boden wrote how the bank is breaking barriers and breaking even, becoming the UK’s first digital bank to make a profit.

Five years ago, I stood in front of numerous investors to outline my vision of a new sort of bank. It would be a technology-led bank like no other and a profitable business, I announced, perhaps quite boldly because I didn’t even have a banking licence at the time.

My pitch was, in the main, greeted with the healthy scepticism that many start-ups encounter. Today, I’m pleased to say that Starling has become the first of the new breed of digital banks to become profitable.

With nearly 1.8 million accounts, £4 billion in deposits and £1.5 billion of lending, we hit break even in October and fully expect to be monthly profitable from here onwards on an operating profit basis. Starling generated £9 million of revenue for the month of October 2020, which represents an annualised run rate of £108 million. This gave us a positive operating profit of £0.8 million for the month of October 2020, or £10 million on an annualised basis.

Our revenue is split £5.5 million of net interest income and £3.5 million of gross fees and commissions income. It represents a four fold increase in revenue compared to 12 months ago and is a third higher than we reported in our last trading update three months ago.

Interest income continues to be supported by strong growth in lending volumes, particularly the extension of the government-backed Bounce Back Loan Scheme (BBLS) and the Coronavirus Business Interruption Loan Scheme (CBILS).

Interchange income continues to perform well, having increased by more than 20% between July and October 2020, despite the increased COVID-19 restrictions put in place around the country in recent months. This is the result of strong primary account growth, as well as increased customer engagement and card spend.

Starling continues to launch new products, including chargeable subscription features such as the SME Toolkit and Kite card, which bring added value to customers. While there has been strong uptake of these products, they still represent a relatively small contribution to operating income and so present further upside to revenues and profitability in the future.

Our operating costs have increased by 30% in the past year, while customer accounts almost doubled and our fixed costs have broadly remained flat over the last 12 months.

We generated a positive operating profit of £0.8m for the month of October 2020, which represents £10.1m on an annualised basis. You can see more of the numbers in our latest Trading Update.

The pandemic remains disruptive and has made life extremely challenging for many of our customers. We continue to respond with new products and extra support. We’ve just launched Bounce Back Top-Ups, having earlier this year signed up to the BBLS and CBILS lending schemes to ensure that the small enterprises, freelancers and contractors who do their business banking with us could have access to this form of lending. So far, we’ve loaned £1.4 billion to customers under the government-backed schemes.

We’ve learned new and better ways of working in this most unusual and difficult of years. I fully expect there will be long-term improvements to the world of work in banking and elsewhere once a new kind of normality resumes.

I’m equally certain that we will become a formidable competitor in the European banking market as we gear up to scale across Europe. We know that our technology is hugely scalable because our tech team runs a constant simulation at around ten times our current capacity. We’re prepared for a sudden influx of customers and transactions. In fact, we’re prepared for pretty much anything.

While technology is at the heart of everything we do, it’s the means to the end-goal. That goal is giving our customers the bank they tell us that they want and one which puts them in control of their money and their data. We know exactly what our customers want too, because they tell us every day. We’ve always welcomed and encouraged the interaction.

Their suggestions, positive and negative, help us stay ahead of the curve when it comes to new product development. Plenty of Starling’s premium products you now see are as a result of someone getting in touch and saying: wouldn’t it be great if … ?

We’ve never ‘bought’ customers with cash incentives, or promotions. We don’t have jazzy metal cards and we don’t offer ‘perks’ such as access to premium airport lounges. Customers join us for the features that help them manage their money and their businesses in a more effective way. They want to be part of the Starling ecosystem with its range of current, joint, euro, dollar and business accounts.

In fact, Starling is winning more customers than any other UK bank through the Current Account Switch Service. In the second quarter of the year, we recorded the highest switching gains of any bank in the UK with nearly 12,000 customers switching to us on a net basis. We’ve also topped the Which? customer satisfaction table for 2020 with an overall score of 88% and recommended provider status for the second year in the row.

Starling is, and always has been, a team effort. We have a real advantage in that our talented engineers have built our tech platform from scratch. This means that if we need to change something, we can do it quickly, safely and efficiently in-house.

We’re not like most companies where change is seen as a risk, so everything is done to minimise change. To us, the biggest risk is standing still and not changing.

The reason Starling keeps powering on is that we don’t think like a bank. As per my original pitch, we are a technology company. Today, banking is seen as a tech business. Starling has played a huge part in making that happen.

By Anne Boden, founder and CEO of Starling Bank