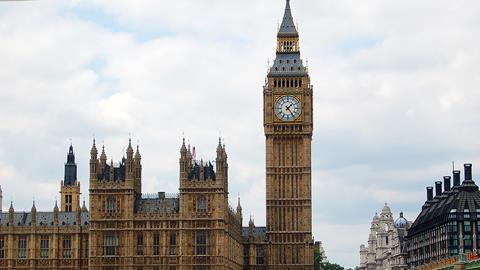 A “swifter and more sustained” economic recovery, furlough extended, business rate holiday extended, corporation tax increased. There was a lot to get through in the Chancellor’s Budget statement. But what does the business community think?

On the Budget as a whole

Federation of Small Businesses (FSB) national chairman Mike Cherry, said:  “This Budget will help many small firms with their final push through to September, but there is little here to aid job creation or help people return to work. Ensuring the newly self-employed can now access support marks a big step forward – we’re pleased our campaign has been heard – but directors, who appear to have been left out yet again, will be incredibly disappointed.”

“There’s much to welcome in this Budget for business communities across the UK. The Chancellor has listened and acted on our calls for immediate support to help struggling businesses reach the finish line of this gruelling marathon and to begin their recovery. Extensions to furlough, business rates relief and VAT reductions give firms a fighting chance not only to restart, but also to rebuild.”

Mike Cherry added: “The Chancellor’s commitment to ruling out tax rises until the recovery is underway is the right one. Hikes on those who can bear it the least, with modest profits and large amounts of debt, are self-defeating. The reintroduction of a small business corporation tax rate with a taper is good to see. The taper must be at a reasonable level, especially as directors of small companies have not received a penny in income support.

“It’s important that adjustments to a tax regime that already weighs substantially on the smallest firms are informed by small business expertise. A lot will hinge on the tax announcements due later in March, and the much-needed, delayed downward review of business rates.”

On the furlough and self-employed support extension

Derek Cribb, CEO of IPSE (the Association of Independent Professionals and the Self-Employed), said: “After almost a year, this support will be a tremendous relief to hundreds of thousands of self-employed people who could not access SEISS because they had not yet filed a full tax return. We are delighted that the government has heeded our calls to get support to this struggling group.

“It is also very welcome that the Chancellor will be introducing a fifth SEISS grant for the UK’s self-employed. We hope these generous and welcome moves are early signs of more positives for freelancers in this Budget: it’s crucial that the Chancellor does not forget that there are other large groups of freelancers currently excluded from support – particularly sole directors of limited companies.”

“While the Chancellor may not have provided complete clarity for the next year, business leaders will welcome the package announced today. It goes some way to shed light on the outlook for businesses that are sustainable in the long run. The extension of the furlough scheme is one of the standout elements of the Budget and should bridge the gap between the end of the scheme and the return to work of a majority of the population. It was inevitable there would be some form of tapering off as the furlough scheme winds down.”

Francesca James, founder of the Great British Entrepreneur Awards, said: “Across the towns and cities of the UK, we know that the High Streets is the beating hearts of business communities. The additional support provided to those businesses including shops, pubs, restaurants and cafes will be a timely boost as they look to recover from the pandemic and lockdown restrictions.”

Commenting on the creation of the ‘Help to Grow’ funding for management training, Jamie Mackenzie, director at Sodexo Europe, said: “Giving SME leaders access to training tools and resources is great, but the government mustn’t overlook the implications the pandemic has had on the mental health of SME leaders. The impact of the last year will be longer-lasting with many having to furlough workers and make difficult decisions around redundancies.”

Commenting on the increase to apprenticeship incentive grants, Jane Hickie, chief executive at the Association of Employment and Learning Providers, said:

“The boost for traineeships so soon after last July’s investment is exactly the type of support that young people need to secure a job opportunity as we emerge from lockdown. The extension of the apprenticeship financial incentives until the end of September could be a game-changer and the increase in the incentives should prove to be particularly attractive to smaller businesses who have traditionally offered apprenticeship opportunities to young people.”