Female-founded businesses are here to stay - so why are people reluctant to invest in them?

Unfortunately, it has long been known that there is a disparity between businessmen and women, from the number of men in leadership positions compared to women, to the gap in the funding available for female entrepreneurs and women-led enterprises compared to the amount available for their male counterparts. 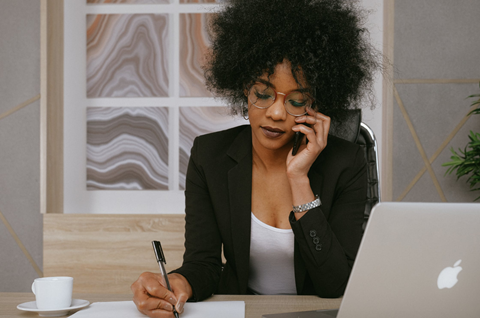 Though we have come a long way since the days when women had no rights to work or live the lives they wanted - there is clearly still a long way to go until we reach complete equality.

Currently, female-led companies make up just 16.8% of all UK companies and attract a small fraction of the investment achieved by their male-led counterparts. Latest figures also show that women in the UK are paid just 90p for every £1 earned by a man and, while women on boards in FTSE 100 companies now number 40%, there are only nine female CEOs running FTSE 100 companies.

But what about the women running their own businesses? Navigating your way through the business world as a female is hard enough, but the obstacles added in your way when you’re your own cheerleader make it even harder.

So, why are women receiving less funding?- It has been argued that there are simply more men going out for investment; however, this still leaves the question open as to why women are deterred from doing this. Is it because of the stories they’ve heard from other women who have tried? Have their attempts been turned down?

Jill Pay, Chair of the Gender Index, says: “There’s lots of research telling us that women don’t ask for enough money and that they are not as good at pitching for money as male-led companies are. But women-led companies are a good investment: research tells us that they’re risk-averse and they sustain longer. It’s a huge opportunity for investors.”

Ellie Webb, founder of Caleno recently spoke on the matter, saying, “When I started my business I went to pitch for investment and I didn’t get the funding, and my feedback as to why was that ‘They didn’t usually invest in people like me, and I had to prove myself before people would invest.’ And that’s when I noticed the problem.”

“I’ve learnt that women, unfortunately, have to prove themselves, unlike men whose abilities are believed straight away. I’ve learnt to have the attitude that yes, I’m a solo female entrepreneur and here’s what I’ve done and here’s what I can do - that’s the mentality I now have to have,” she added.

But what are the reasons for this inequality? And how can changes be made to give female-founded businesses the same opportunity for investment?

A lack of female entrepreneurs

The lack of female entrepreneurs causes a vicious cycle because the fewer women owning businesses results in a lack of investment, and a lack of success stories for other entrepreneurs to look up to. A huge part of taking the leap to become an entrepreneur comes from inspiration and positive role models and if this isn’t available for women, it is likely that fewer women will break the mould and start their own businesses.

However, the tide is changing, as more women step forward as business and finance role models.

Having more women in every industry would no doubt ease the concerns investors may feel when lending to a female in a male-dominated area, as well as encourage fellow women to follow suit. However, it is essential to look into the reasons why women do not start their own businesses, and the role finance may play in that.

A part of securing investment involves winning over the investor with a compelling pitch, a strong business idea, and having likeness and common interests with the investor. For example, an investor is far more likely to invest in someone who has a business they are passionate about, and they are fond of.

Therefore, it is no surprise that one of the leading reasons that women have difficulty in securing investment is because of the lack of female investors. Research found that only 14% of angel investors were women - making it harder for other females to gain female investors, as female investors are far more likely to invest in females than men are.

The positive news is that female investment is on the rise with women signing up to online investment platforms reaching record levels, and overall numbers of female angel investors have steadily increased over the year. With the trend moving upwards, this will hopefully correlate with a narrowing of the gap between female and male business funding.

Unfortunately, there are views instilled in people that aren’t going away anytime soon - with a recent report by the World Economic Forum estimating that it will take an average of 135.6 years for women and men to reach parity on a range of factors worldwide - including business funding.

For example, Delight Mapasure, Co-Founder of K’s Wors, recently explained one of the challenges she had faced when trying to receive funding was the stereotyping of her gender: “The rejections that I was getting, were all similar, saying, ‘If we give you this money as a new startup, you’re a mum and you’ve got young children. What happens if one of the kids falls ill, or if you have to attend to the kids and then you can no longer work’, So they all felt that I was a huge risk to invest in just because I was a mum”

It’s time to challenge the stereotyping and bias that still pervades the business world, particularly when it comes to investment. With more women standing up for themselves and their businesses, people will have no choice but to pay attention to the amazing work of these women and invest in them just as they would a businessman.

Discussing the importance of empowering businesswomen, Hannah Pycroft, co-founder of Spectrum Collections, said; “Ultimately, if you go into the boardroom with confidence, take a breath and believe in your business and yourself, there’s nothing to be scared of. It won’t be smooth sailing, you’re going to mess up, but you will learn from everything.”