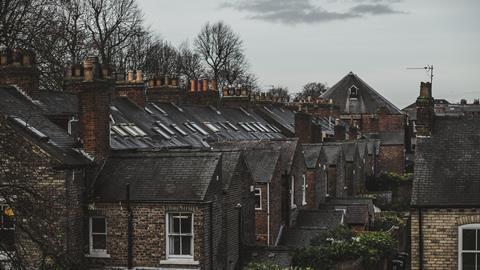 Will home ownership be the norm for young people in 10 years?

While many industries faced unprecedented challenges over the course of the Covid-19 pandemic, one that enjoyed a boom is the housing market.

House prices soared with double digit growth (or close to) across the UK as buying preferences shifted “in anticipation of new, post-pandemic lifestyles”. And yet, the most recent wage figures show growth in regular pay of 4.2%, less than half the rise in house prices in most areas.

While the events of the pandemic have been extraordinary, the gap between house prices and wage growth is anything but. In fact, the average house price is 65x higher than it was in 1970, but the average wage is just 36x higher. It has led to a long-term trend of young people finding it increasingly difficult to get on the housing ladder and own their own property. A study from 2017 revealed that roughly a third of 35-44 year olds in England are still renting, compared with less than 10% in 1997.

As this trend continues, it has led many industry professionals, academics and politicians to question whether or not owning your own home will be achievable for young people in 10 years time.

This was the topic of discussion at a recent (virtual) roundtable of housing market entrepreneurs hosted by the Great British Entrepreneur Awards and haysmacintyre.

While the difficulties young people face in getting on the housing ladder have often been attributed to soaring house prices, Richard Jackson of Alphaletz argued that the deposit is in fact the biggest issue.

With average monthly rental payments consistently costing more than mortgage payments over the past decade, home ownership isn’t an affordability issue on a month-by-month basis.

“Some of the home-buying schemes are great and the rise of 95% mortgages. But by-and-large, it’s nearly impossible to buy a house unless you’ve got a partner, and not many people want to buy a house with their partner at 20, 21, 22 years old.”

Dean Ward of DCW Group agreed, insisting that the cost of living is far too high for people to save for a deposit. He said: “If you strip out home-buying schemes, in the example Richard gave, for them to afford that £200,000 house, they have to not spend any money out of their monthly salary for about three years.

“Even if they are living at home to save on rent and bills, you’ve still got car insurance or commuting costs, day-to-day food, phone bills etc. It’s just not realistic to save that much money.”

The concept of home-buying schemes was brought up several times during the discussion. And Widaad Renner of Levels Properties & Investments believes they have been crucial in encouraging first-time buyers throughout to get on the ladder during the pandemic.

“Help-to-buy, the reintroduction of 5% deposit and the freeze on stamp duty has driven huge demand in the property market over the past year,” she said.

“I don’t think it’s necessarily a case of young people being determined to buy at this time. I think they’re seeing that they can get a mortgage with a 5% deposit, they don’t have to pay stamp duty and it’s easier to buy a property - and they’re taking those opportunities.”

Widaad added: “Evidently prices are going up and up, and even if the market does dip a little it’s not going to be much and so without these schemes, people in their 20s or 30s are really going to struggle to get on the ladder in the next 10 years unless they have wealthy parents.”

There is no doubt that Generation Y and Generation Z live their lives in remarkably different ways to Generation X did during their 20s. And Richard raised the idea that while young people today undoubtedly face much tougher challenges to get onto the property ladder, they may not necessarily want to.

He explained: “I think there’s something else going on here - do young people actually want to buy property?

“They are growing up in a much more mobile world, I’m not sure they want to be tied down. They want to move around the UK or go abroad to work.

“The world is a much smaller place than it used to be and to have that level of flexibility, I’m not sure that young people want to be locked into a 25-year mortgage.”

Lucky Nwosu of Rehoboth Property International believes young people do want to buy their own homes, but limitations are forcing them to get creative in order to achieve that goal.

“Everyone thinks of home ownership in terms of owning it themselves and living in themselves,” he began. “I’m starting to see more and more young people - 20, 21 year olds - that cannot buy a house themselves, but are grouping together with some friends to purchase and using it as an investment to help them reach that goal of owning on their own.

While the group acknowledged that house prices, deposits and sluggish wage growth are the biggest factors preventing young people from home ownership, it was also suggested that financial education needs to be expanded and improved.

“All these schemes are good signs that the government is trying to help the market,” Richard said. “But financial education needs a lot of work.

“A lot of people in their 20s are going out, spending money and not thinking about long-term investments because they’re not told about the realities of it.”

Melissa Lewis of ML Property Venture is someone who developed an awareness of what she needed to do in her teens, but warned that she is an exception to the trend.

“Educating the younger generation is the most important thing. I bought my first property at 26 and I bought it myself without anyone else because I started saving when I was 16,” she said.

“I was just saving for a car when I started, but I carried on. If we can educate our children around the realities of saving for a deposit, getting a mortgage and everything else involved, it may be more achievable for them in 10 years.”

Reflecting on the roundtable, Jake Pearlman, a senior manager at haysmacintyre who hosted the discussion, said: “The housing market is clearly booming at the moment, as a result of changing demands coupled with the stamp duty holidays It was fascinating to hear the entrepreneurs take on the market, and the challenges young people are now facing in buying their first properties. What was clear was the common view that more support needs to be provided by the Government to encourage young people to get onto the housing ladder, but there is a clear concern that wage inflation is not rising as fast as property prices.”