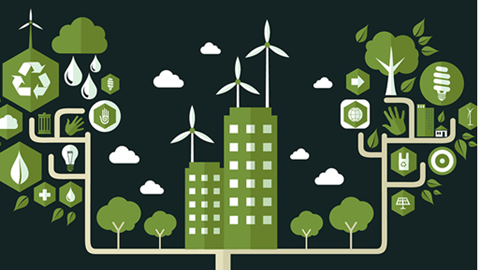 Sustainability remains a top priority for over a third (37%) of businesses, in spite of Covid-19 recovery and profitability concerns.

New research reveals that organisations are even prioritising sustainability ahead of preparing for hard recession, growth plans, and managing post-Brexit challenges.

The survey of over 250 senior decision makers with responsibility for green initiatives across public and private sector organisations by leading UK ICT solutions provider, Stone Group, found that almost half (45%) of businesses have decided to take sustainability more seriously, while for 32% it continues to be a big focus.

Of the respondents that said their organisation was already implementing environmental initiatives, 53% said the main driver was ethical beliefs, and 41% cited cost benefits. The supply chain topped the list of green areas of focus for almost half (46%) of organisations, followed by facilities (39%), logistics (37%) and IT estate management of ageing hardware (36%).

The survey findings also indicate that organisations are starting to take a more sustainable approach to their IT estates, with 59% claiming to purchase refurbished hardware, and 31% claiming to use an IT asset disposal service. However, one in five respondents said they still send their old IT to landfill.

Tim Westbrook, director at Stone Group, said: “It’s incredibly positive to see so many organisations taking steps towards becoming more sustainable. In fact, our research showed that the majority of respondents place sustainability even higher up the business agenda than preparing for recession, growth plans, and managing post-Brexit challenges.”

However, the research shows that there appears to be a disconnect between the number of organisations that claim sustainability is important to them, and those taking real, effective action. 34% of respondents claimed a lack of resource is preventing them from moving towards their goals, while 31% said the cost of investment in initiatives is too high.

Westbrook added: “A sustainable approach to IT hardware purchasing and disposal is an area that should not be overlooked, and one where fast and widespread change is crucial, as 53.6 million metric tonnes of global e-waste was generated just last year alone.”