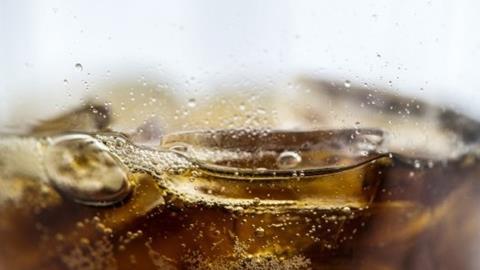 How the drink industry will evolve in an eco-conscious world

For a time, the focus of sustainability in the food and drinks industries lay on how our products were packaged. But as time moved on, the conversation progressed to how it’s transported and manufactured. Looking at what goes into our food and drink is nothing new, certainly from a health aspect. But now, consumers look at brands and the products they buy in a much more holistic way.

It has led to a whole host of drinks brands that put sustainability front and centre of what they do. So how do drinks brands move forward in an increasingly eco-conscious world?

It was a topic discussed by a group of industry entrepreneurs at a virtual roundtable hosted by the Great British Entrepreneur Awards and haysmacintyre.

Speaking after the discussion, Jon Dawson, a partner and head of creative, media and tech at haysmacintyre, said: “Sustainability is commonly defined as the measure of social, environmental and economic principles. When we think of sustainability we often gravitate towards environmental issues such as plastic usage or carbon footprints but it’s also important for businesses to consider the social and economic impact of their supply chain and production process.

“Although we are yet to agree on a uniform measure of sustainability, it is apparent that consumers are becoming more focussed on sustainability, and we’re not just talking about ‘Millennials’ and ‘Gen Z’. As consumers become more aware and further committed to the cause, investors are moving sustainability up the agenda and access to funding is more widely available to those with sustainability as a key business principle.

“It was a real pleasure to hear from so many exciting businesses who are tackling the sustainability challenge in different ways and willing to share their stories with each other in a bid to make positive change.”

While the term ‘carbon footprint’ has been around for quite some time, it is only in the past couple of years that it has become a mainstay for businesses. ‘Reducing our carbon footprint’, ‘becoming carbon neutral’ and other variations have all become increasingly common messaging used by brands.

The group of entrepreneurs, many of whom run sustainable and environmentally-friendly drinks brands, actually called for an end to brands using their carbon footprint as a metric of sustainability.

Danielle Bekker, founder of Good Living Brew, started: “Where do you draw the boundaries of where you’re measuring your carbon footprint?”

Danielle suggested that consumers respond better to simpler messaging but the realities of being ‘carbon neutral’ are far more complicated.

Richard Pollentine, founder of Sober Drinks, said: “It feels like brands are trying to make themselves and consumers feel less guilty and portray something that they’re not actually doing.

“Before launching Sober I worked in water treatment on the marketing side. And the scientists regularly told me about the elements involved in assessing a carbon footprint and how easy it is to almost make up.”

Rather than cutting the carbon footprint metric entirely, Danielle advocated that businesses continue to use it internally to assess the environmental impact so that they can take steps to improve. But as a marketing tool, it shouldn’t carry the weight it currently has, she stressed.

Zoey Henderson, founder of The Fungtional Brew Company agreed, adding that it can be used to force a change in culture. She said: “As an internal metric it can be really important. Businesses should be understanding their carbon and environmental impact. It should be about changing the culture and changing the system so you get to the point as a business where you don’t need to offset as much because you’ve adapted the business to become more sustainable in every aspect.”

Consumers are more savvy than ever before. They know what is important to them and they seek brands that speak to those values, whether it’s price, quality or cause. And while more and more businesses are using their carbon footprint as a marketing tool, George Blurton, founder of Long Shot Drinks believes consumers are now smart enough to look beyond a tagline or badge on packaging.

“Is being carbon neutral really enough to a consumer to choose your product over someone elses?” he questioned. “Consumers are more discerning about these things now. They’re aware of where ingredients come from and choose one or the other based on those ingredients and where they’ve come from.”

Dmitry Klochkov, founder of OFFBLAK, explained how his business engages with its customers and community to drive the direction of its sustainability efforts.

He explained: “We have a large social media and email community and we put the question to them, asking what they want us to do. Off the back of that we engaged in projects around investing in sustainable growth of tees because there are many initiatives that just plant trees and don’t look after them properly. And that was by far the most engaging conversation we had with our community last year.”

A pint of clarity

The group discussed whether responsibility should fall on government intervention, industry bodies or action from brands to really drive sustainability in the drink industry.

They noted a number of organisations that have created a variety of certifications relating to the environment and sustainability. The most well-known is arguably B Corp, which certifies that a business balances profits against its impact on people and the planet using a strict set of guidelines and criteria. And while B Corp may be well-known by entrepreneurs, particularly in this kind of space, there are questions about how well-known it is among consumers.

James Kerslake, founder of Tom Savano, suggested a universal, country-wide standard for sustainability devised by an independent body of experts that determines a variety of sustainability metrics.

“You’d get an audit from the independent body which gives you a grading,” he explained. “Consumers would then easily know how sustainable your business is and have trust in that system.”

It’s an idea that sounds not too dissimilar from the existing Food Hygiene Ratings that we now see on the windows and doors of restaurants, cafes and takeaways.

Plastic has become public enemy No.1 in recent years among people who have become more aware of the impact their everyday lives have on the environment.

Guy Wilmot, founder of Bird & Wild, explained that the use of plastic in packaging was the number one issue for his customers.

“We get a lot of emails asking why we’re still using plastic, and we’re trying to educate them,” he said. “99% of the world’s coffee packaging is not recyclable yet because the refuse and recycling industry hasn’t caught up yet.

“We’ve chosen not to go compostable because it’s still not perfect in terms of the needs of our product. And actually a lot of refuse companies still can’t process biodegradable or compostable materials.”

Dmitry added: “Some plastic is sustainable and recyclable, some plastic isn’t. Biodegradable plastic, for example, is actually really bad. There are very few facilities that operate at scale nationwide that allow this material to biodegrade, and it can’t be processed at traditional recycling facilities.”

Daniela Pillhofer, founder of LITTLEWINE, called for more effort and resources to be put into education on plastic, packaging and broader sustainability issues. She argued that consumers need better understanding of the different factors in sustainability. “It’s the major lag that I can see in this space.

“We need to provide the resources smaller brands need to really make a difference but don’t have the financial means to research and develop new packaging.”

Danielle Bekker argued that plastic takes up too much of the conversation around sustainability and detracts from other vitally important issues.

“Plastic is very visual. We see loads of horrible photos and it’s easy to see the waste and understand the impact it has. It’s something we see every day so it’s simple for us to focus on that.

“As a consequence, plastic takes up so much space in the sustainability discussion that things like biodiversity which are equally major sustainability challenges that just don’t get the air time.”

The discussion ended with almost a call to arms among the group for sustainable brands and entrepreneurs to engage with each other to find a collaborative voice that is big enough to engage the mass market and industry corporates.

Daniela said: “We’re not part of an organisation, but we find what works really well is teaming up with like-minded businesses that are similar size to us but in very different industries.

“Pushing the boundaries of what we normally do in our own businesses and industries has helped to bring in a lot of people to the topic.

George added: “If large corporates suddenly start talking about biodiversity initiatives it would arguably be lost in the noise. But if we, as a collaboration of small businesses, are championing it and making it our raison d’etre, people can really latch onto that, buy into and create a larger impact.”