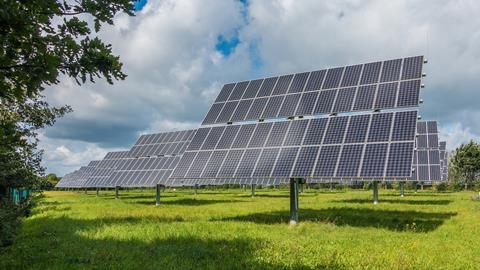 Renewable energy projects will be able to compete for a budget of over £200 million a year, as part of the government’s reforms to the electricity market, Energy and Climate Change Secretary Ed Davey announced today.

The funding, available from October, is for the first allocation round for the new Contracts for Difference, which provide long-term certainty and reduce risk for investors. The government’s reforms to the electricity market will reduce emissions from the power sector much more cheaply than through existing policies — around 6% (£41) lower on the average domestic electricity bill up to 2030.

Mr Davey said that renewable energy projects would have to bid competitively for the contracts, ensuring that new, clean electricity generation would be built at the lowest possible cost to energy consumers.

We are signalling now that at least a further £50 million is planned for an auction round in 2015, with a total of around £1 billion potentially available later for further projects, including Carbon Capture and Storage, up to 2020-21.

“Our plan is powering growth and jobs as we build clean, secure electricity infrastructure for the future. By radically reforming the electricity markets, we’re making sure that decarbonising the power sector will come at the lowest possible cost to consumers.

“Average annual investment in renewables has doubled since 2010 - with a record breaking £8billion worth in 2013.

“These projects will create green jobs and green growth, reduce our reliance on foreign-controlled volatile energy markets and make sure billpayers get the best possible deal.

“We’re building a secure, low-carbon electricity system that will be the powerhouse of the British economy, supporting up to 250,000 jobs by 2020.”

The funding is managed by the Levy Control Framework, which caps the cost to consumers of renewable energy policies.

The new system is designed to bring more competition and encourage private sector investment in low-carbon electricity generation. The budget estimate comes after the European Commission confirmed yesterday that the Contracts for Difference, Capacity Market schemes, and five offshore wind projects supported by early Contracts for Difference, are in line with its rules on state aid.