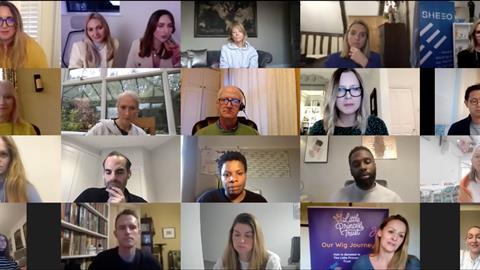 How to secure gender equality in the workplace is a debate that has raged for decades. And in more recent years with some, although insufficient, progress being made for employees, a new debate has blossomed in the entrepreneurship space. How do we reach gender equality among the people creating and growing businesses?

A few weeks ago, they came together with Vicki Saunders, founder of SheEO, for a virtual panel discussion to assess the current state of women in entrepreneurship.

There is a significant library of research and studies that all point to female-led businesses receiving a minute portion of all venture capital investment – some indicate less than 3%. And according to the British Business Bank, for £1 of VC funding, less than 1p goes to all-female-led businesses and just 10p to mixed-gender-led ones.

However, Vicki Saunders believes that there is a “painful narrative” around raising investment, which is creating this chasm.

“Ninety-eight per cent of businesses do not need venture capital funding,” she began. “We have this really painful narrative. The pendulum has swung so much in the past decade towards venture funding, like it’s the only thing that matters.

“It’s ‘go big or go home, winner takes all’. I have students coming to me with ideas, amazing ideas, but their professors are telling them it wouldn’t scale. And I’m wondering why is scale the only thing that matters in the world anymore?”

One of the event’s attendees, Julia Elliott Brown, created Enter the Arena after going through her own VC journey. Enter the Arena aims to support female entrepreneurs through their investment journey.

She explained: “I went down the VC route and raised a couple of million for my last business. But we couldn’t scale quick enough, the VC didn’t want to fall on their money and the whole thing fell apart.

“I ask the women who come to me what their goal is, and they say ‘I want to raise a Series A next year’ but that’s not a business goal. That is a tool to help them reach a goal. Investment should not be the goal. I send 90% of them away, telling them that they don’t need to raise investment.

“And it definitely stems from this narrative in the media surrounding entrepreneurial success stories and raising ridiculous amounts of money.”

Despite clear signs that entrepreneurship’s obsession with funding has caught on for some women in business, the panel also suggested that female entrepreneurs are largely built differently to men when it comes to their approach to business.

Jess Butcher said: “[Female entrepreneurs] know their own pace and you grow within that pace. I think the problem is overconfidence and a lot of businesses fail because they take on a lot of money and they just don’t know how to deal with it. They don’t know how to spend it.”

She added: “I’m sorry to say it, but it’s the male bravado and overconfidence when it comes to how they’ll manage that cash. They don’t know how to spend it but they think they do.

“When you take on investment it’s not your baby anymore. It stops becoming a passion project. It’s all about scale at all costs and realising return for your investors. It’s great if you want to play that game, but few women seem as inclined to play it.”

Sophie and Hannah Pycroft revealed that they made a conscious decision early on in their entrepreneurial journey to non take any investment and have grown Spectrum completely organically.

“I think the reason that our business has grown so quickly and is so loved by our customers is because we’ve got the freedom to do what we want,” Hannah said.

“Whereas we’ve always been a bit concerned that if we took investment that we wouldn’t have full control and be able to put our all into it. We didn’t want any of that control taken away from us.”

Juliet Barratt, who had just signed off on Grenade’s £200 million sale to Mondelez, actually revealed that taking on investment is her biggest regret.

“We sold our majority in 2014 and to be brutally honest it was our biggest mistake. Not because the investors weren’t great, they were amazing, but because we did give away that control,” she explained.

“I work in a lot of non-exec and chair roles now and I’m telling the founders ‘you need to run this yourselves unless you’re really desperate. Don’t give away your equity, it’s your most important asset. Just work and work on it yourself’.

“We ran Grenade really lean. We didn’t take salaries, we didn’t take a day off in four years and everything went into that business. If we didn’t run it that way, we wouldn’t be where we are now.”

Building on the idea that women approach business in a very different way to men, the panel argued that financial success is not the main driver for a lot of female entrepreneurs.

Sophie Pycroft said: “We’ve always been more about the product and our community. It sounds terrible because I co-own and co-own a business, but we’ve never really been concerned about the bottom line.”

Jess Butcher added: “Everybody’s talking about the lack of funding that goes to women, but I would love to see more research around the area because I’m noticing that women are purposefully building slower, more methodical businesses, like Sophie and Hannah.

“They tend to be born out of a real problem that a woman has experienced. Women build businesses that they want to be consumers of more than men, who build businesses that can potentially make a shit tonne of money. And that’s a dialogue we’re losing when we debate the lack of funding for women.”

Sophie spoke of how she and Hannah see themselves as their own consumer.

“We started the business because we couldn’t get a job. There weren’t any opportunities in South Wales to work in something this creative, let alone the beauty industry,” she started.

“We always think of ourselves as our own consumer. I think that’s one of the biggest reasons we’ve never wanted to take venture capital. We’ve had offers and always politely decline. I can’t think of someone else coming in and taking control of our business, and frankly the possibility of that being a man, who simply doesn’t understand our business, frightens me to death.

“It would defeat the whole objective of starting this business and grafting on it every day.”

While Covid-19 and the subsequent lockdowns have impacted our lives in a host of different ways, studies began surfacing towards the end of 2020 and into the early stages of 2021 showing a widening of gender inequalities in various walks of life.

Women are more likely to have lost their job or had their working hours reduced, while those who have remained in their jobs have taken on a greater burden in homeschooling and childcare.

Vicki Saunders told of her extraordinary experience dealing with the effects of the pandemic, and the impact it has had on the SheEO community. SheEO’s model brings together women from all walks of life to contribute to a ‘Perpetual Fund’ that is loaned out at zero per cent interest to female-led businesses, chosen by the community itself. So far, its 7,000-strong community has funded more than $7 million in loans for more than 100 businesses.

Vicki recalled: “When the lockdown was announced we very quickly called all of the businesses in the community around the world and did a quick triage – a red, yellow and green system of where people were and how impacted they were.

“That night was really powerful because some of our ‘activators’ as we call them suggested that we treat Covid like a community and support each other.”

“We had some people who were in a really strong position saying ‘Hey, if you have to let go of people, let us know and maybe we can hire them’. People started to loan each other money and it was an unbelievable coming together.

Not a single business within the SheEO community collapsed during the pandemic, while a lot of them needed to pivot to survive, owing to the typically female willingness to work together, Vicki said.

She continued. “There’s a really strong narrative about entrepreneurs doing things on their own, but I always encourage entrepreneurs to find a community, to find that support so they can help each other through the tough times.”

Despite the evident impact of the pandemic on women and concerns about a reversal of the progress made over the past 50 years the panel was optimistic about the future.

Jess concluded: “My gut feeling is that with schools reopening, women should be able to bounce back in the same way that we’re all desperately hoping the economy will bounce back and everyone’s going to spend all this money that we haven’t been spending.”

Rounding off the discussion, Juliet was full of praise for the women who had turned to launching a business during the pandemic. She said: “Covid has been a massive opportunity for entrepreneurs, and a lot of new entrepreneurs that are starting off. I’ve read some really inspirational stories of businesses that have been started by women that were placed on furlough.

“It’s been a really shit time, but at the same, it’s all about the people who have had the gumption to say ‘I can either sit here and be miserable for 12 months or take this opportunity to do something I’m genuinely passionate about.”