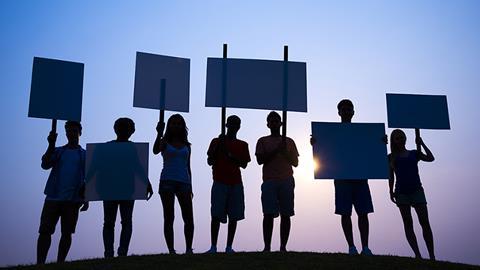 How Can I Avoid Discrimination In Job Adverts?

This is a tricky legal area and one which has many grey areas – there isn’t a list of banned words or phrases which you can’t use in job adverts so you have to use your discretion to work out whether a job is discriminatory on the grounds of race, disability, sex or age.

The test of what ‘imight reasonably be understood as indicating an intention to discriminate‘ is whether an ‘ordinary, reasonable person with no special knowledge’ would think the advertisement is discriminatory.

You can see how this vagueness translates to a legal minefield!

As much as you might want to balance up your gender heavy department with a member of the opposite sex, this is strictly forbidden to ask for within a job advert.
There are certain roles where there is a genuine occupational need for an employee to be of a certain gender, such as within single sex institutions like hospitals and prisons.

You are never allowed to consider that hiring one gender may provide a benefit in terms of physical performance, unless that performance is of a thematic nature (such as the need for a male to play Father Christmas).

The job title you use should therefore never be gender specific – ‘waitress’, ‘salesman’ and ‘manageress’ are all terms that fall foul of the law.

Racial discrimination is taken just as seriously as gender discrimination and many of the same principles apply. However there are again some situations where being of a certain race can be seen as a genuine occupational qualification.

It’s sometimes the case that an organisation needs to take positive action to encourage people from a certain ethnic group to apply for a job or training because they are underrepresented in the organisation or at certain job levels. This is regularly seen within Police Force recruitment campaigns where they try and match the ethnicity of their employees with local populations.

Even where language is an important part of the role you must state that someone must be able to converse in the language rather than being from a particular country, for example ‘Italian speaking’ rather than ‘Italian’.

Age discrimination is a relatively new addition to the list of things to consider when writing job adverts, and it is one of the biggest changes in process that most employers will have to go through in order to comply with all discrimination regulations.

The rules now not only cover stipulating upper or lower age limits for job applicants, but also implied terms such as ‘youthful’, ‘dynamic’ or ‘mature’. All these terms could be seen as excluding someone from applying for a role based on their age.

Even asking for a certain level of experience from candidates could be deemed as discriminating against someone who hasn’t had the opportunity to gain that experience as they are too young. There are plenty of ways of rephrasing your job advert, such as asking for candidates who have demonstrated a certain task, but putting a number of years on how long they have taken to achieve that task is definitely out of the question.

It’s important for all businesses to ensure disabled candidates have as many opportunities to join their company as anybody else. This covers job adverts as well as the rest of the recruitment process, such as making your offices wheelchair accessible for job interviews.

Again, the language and the criteria you use is very important – for example, there is no reason to stipulate that candidates must hold a driving licence if they are not going to be expected to do any driving for the job.

There is obviously some physical activity that is crucial to some positions, but you must make sure this is a genuine necessity for the role rather than a ‘nice to have’.

Just as with libel law, it’s not only the person who wrote the offending text that gets the blame; it’s also the person who publishes it. If you’re providing a job advert to be placed online or in any other media, it’s likely that there will be a checking system to ensure the regulations are adhered to.

We keep an eye out for discrimination that falls under two categories:

If your job advert is found to go against the rules we will get in touch as soon as possible to ask you to make the necessary changes. However, as we can’t feasibly go through every job that gets posted, it’s up to you to do everything you can to make sure you don’t get a call from the authorities.

Before you post your job advert, make sure you go through it with a fine-toothed comb to ensure there is nothing that could land you in hot water. Get others to check it and if anything is seen as even the slightest bit discriminating, look to rephrase it.

As the UK’s most trusted careers and recruitment resource online, we help thousands of businesses like yours find the people they need. Quickly, cheaply and easily.