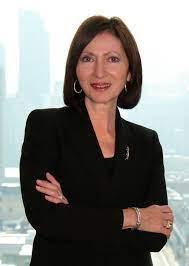 Earlier today at Women in Governance, Risk and Compliance Series, Dr Ann Cavoukian gave global audiences insight into her journey to becoming one of the world’s foremost privacy authorities.

Dr. Cavoukian served an unprecedented three terms as the Information & Privacy Commissioner of Ontario, Canada. There she created Privacy by Design, a framework that seeks to proactively embed privacy into the design specifications of information technologies, networked infrastructure and business practices, thereby achieving the strongest protection possible.

In 2010, International Privacy Regulators unanimously passed a Resolution recognising Privacy by Design as an International Standard. Since then, PbD has been translated into 40 languages. In 2018, PbD was included in a sweeping new law in the EU: the General Data Protection Regulation.

In a highlight session for the afternoon at Women in Governance, Risk and Compliance Series, Dr Cavoukian spoke with Abigail Dubiniecki, Privacy Counsel at nNovation.

Dr Cavoukian began by clearly establishing the crucial role privacy plays within Governance, Risk and Compliance, as well throughout wider society, stating: “Privacy is essential - it forms the foundation of our liberty and freedom.”

Commenting on how people need to behave in order to progress within the GRC sector, Dr Cavoukian said:

“Even when the odds are totally against you, you never give up, because you can always turn the outcome into the desired outcome. Create a presence and let people know you’re there. It’s not about being male or female, it’s about creating a presence and letting people know what you have to offer.

“When I started out 20 years ago, there were no women in this field. I always made a point of letting people know what value I could add.

“I always say: speak your mind; if you have a view, express it. Your voice has to be heard. Have your knowledge known and understood. I encourage people not to be quiet but to express their views,” she added.

Touching upon how businesses can best begin their journeys into data privacy, Dr Cavoukian said:

“I applaud businesses that want to do this. Those who work for privacy by design are going to gain a competitive advantage - it builds trusted relationships. If you build trust then they’re more willing to share private data with you.”

“It’s not a case of privacy versus business; it’s privacy and business. So, listen to your chief privacy officer and bring them to your board meetings, reporting directly to the CEO. Listen to what they’re saying because they bring the voice of your customers.

“You can have privacy and data utility as long as you build in consents, working off a dialogue with your customers. They will grant you the permissions that you need. That’s what I’ve seen when you introduce privacy by design into your operations. Then you need to shout it from the rooftops so people know you’re working in their best interests,” she continued.

Giving insight into how people need to deal with businesses that may not be in the electronic and services sectors in Canada, Dr Cavoukian said:

“Analogue still exists - I urge people to go in to talk with companies and ask for the privacy policy. This often gets the manager to come and generally they will explain what can be done in terms of privacy. As soon as you express your interest, you get opportunities to protect your data.”

“Engage in a brief discussion in-store. It will alert people to tell them that you care about your privacy.”

Dr Cavoukian underlined her belief that employees and individuals will only take an increasingly strong stance on how companies deal with their private data.

“Public opinion polls have come in the 90% area for expressing concern about privacy. Given the enormous interest in privacy, companies are really coming around to the issue. The concern is higher than ever. If companies are smart, they’ll introduce strong privacy by design measures, then shout it from the rooftops to their customers - you’ll get a big win out of it.

“I tell boards of directors that if you communicate the lengths you’re going to protect privacy, then the business will gain, the customers will gain. It’s win-win,” Dr Cavoukian said.

“Privacy by Design is being followed all around the world. I encourage you to take it and make it work for you,” she added.