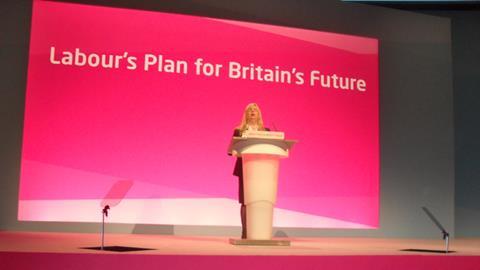 1 in 3 trans people have left work due to discrimination

As a result, 43% admitted to looking for companies that actively advertise trans-friendly policies before they even apply.

The study found that discrimination was most likely to come from colleagues (38%), but shockingly from management in 25% of cases. More than a quarter (29%) of trans workers said they faced discrimination as early as the interview stage.

However, the research did reveal some positive news, with more than half (51%) believing that acceptance and understanding of transgender employees in the workplace has improved following increased media attention. And 50% of those surveyed indicated that they have received positive reaction from colleagues when they transitioned.

John Salt, group sales director at totaljobs, said: “We hope that the findings of this report will generate further support and greater awareness of the employment issues facing trans workers, but clearly there is more to be done. Sadly, discrimination in the workplace has been compounded by a lack of support from employers.

Our survey reveals that more than a fifth (21%) of employees said that there was no provision for trans people at their workplace, and 24% received no support or guidance from their HR departments when transitioning.

“A diverse workplace fosters greater creativity and benefit, company culture, not just skills and experience, but by creating an environment where people enjoy to work.”

Rebeccca Root, an actress and voice teacher who works on vocal adaptation with trans clients, said: “Even with the advances made in recent years in changing societal perceptions of the trans community, these figures clearly indicate there is still a way to go in diminishing transphobia in the workplace. The quest for making such spaces safe for trans people must continue.”

Fox Fisher, filmmaker and trans activist, said: “Staying in or seeking employment can be a potential nightmare when you’re trans. Many employers are unaware of our rights and we are often at a vulnerable stage of our transition. The irony is that so many trans people I know are extremely clever and willing to work.”

I was lucky that my employer was very supportive, although there was an adjustment phase which was difficult for everyone, including my new name, pronouns and getting used to my changes.”

Emily Brothers, the first openly transgender Labour general election candidate, said: “Too often the focus is on our transition, not how tough it is to get on with our lives with high levels of discrimination, not least in the labour market.

Much needs to be done to better apply equality legislation and develop guidance and training for managers and their businesses. Gender identity is the new frontier of equality, which means many people still don’t understand or accept us.

“There is a lot of support out there. I certainly found transitioning at work some years ago less daunting than I feared, even though it was undoubtedly a very challenging experience. More needs to be done to assist employers, especially in supporting staff going through transition. That’s why I believe that some form of Statutory Leave would be supportive to trans people, helping them to retain their jobs and get through a smoother transition pathway.”