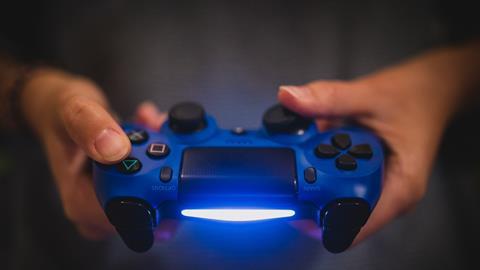 ‘Game On’, As North Staffordshire Innovation Gives Disabled Children Access To The PlayStation

One of the world’s best loved entertainment systems can now be used by disabled children and young adults thanks to the innovation of two North Staffordshire entrepreneurs.

Mike Taylor and Mark Heath have teamed up with the Manufacturing Advisory Service — West Midlands and Remploy to design, develop and produce ‘Dream Gamer’, a motion controlled baseball cap that allows the ‘wearer’ to play a host of Sony PlayStation 2 games.

What initially started out as a ‘one-off’ project for the Staffordshire Round Table, is now promising to revolutionise the ‘gaming’ industry, with the products now available on-line and through two specialist distributors in the UK and Sweden.

“Our background is in commercialising technology and we’ve already enjoyed a lot of success with our Dream Racer Car that is also controlled by head movements rather than the traditional hand-held controller,”

Mike uses his company Excitim to market the products.

“This started out as a small job for a little Stoke-on-Trent boy called Daniel Reeves, who was left paralysed from the neck down when he was hit by a car.”

He went on to add: “His mum asked us if we could look at developing a remote controlled car that he could use, which we managed to do for her using Mark’s background in robotics. His next big love was the PlayStation and we were told he used to buy games just so he could see his friends play on them.

“This got us thinking that there was no reason why we couldn’t apply the same technology to the console controller and the rest is, how, shall we say, history.”

After months of development work, the enterprising duo was confident they could come up with the solution.

‘Dream Gamer’, which retails at £120+vat, is in essence an adapted controller for use with the Sony PlayStation. It uses motion sensors built into the cap, which enable individuals to use head movements to control aspects of the game, such as moving left, right, forward or backwards.

Other game requirements (including the cross, triangle, circle, square and start button) have been engineered into a new switch box that makes it easier to operate/press.

“In a society that is striving to become more inclusive, it is little wonder that interest in the product has been phenomenal,” added Mark.

“We know for a fact that it can be used on a lot of racing games and many retro-classics like Pac-Man. Its versatility also encourages real teamwork in that the wearer of the baseball cap can control movement, whilst for the more complicated scenarios, a family member or friend can control the action buttons.”

He went on to add: “Following on from the original model, we have also developed the ‘Pistol Gamer’ for disabled people who may have limited head movement. This mimics the motion technology, but instead of putting it in a hat, we have transferred it into a hand-held controller that you control through wrist movements.”

Adapting the original device was a complex task and Excitim knew they needed a specialist organisation on board to help bring the product to market.

Using the Manufacturing Advisory Service-West Midlands’ specialist sourcing service, the company was put in touch with Remploy in Coventry, a leading electronics and value added engineering service, and Wemtech, who provided guidance on electronic compliance.

Working together the two businesses have successfully installed all of the electronics into the controller and the baseball cap and ‘Dream Gamer’ is now a fully functional production line ready to cope with increased demand.

“I am delighted that we have been able to forge this new relationship and even more pleased that West Midlands innovation is giving disabled children and young adults the chance to enjoy similar opportunities to those of their friends and family.

“The concept is already out there and being used successfully and, with the product being exhibited in America shortly, demand is anticipated to grow rapidly.”

Remploy’s Ian MacDonald was equally excited about the project:

“To adapt an original controller so that all the electronics are in there yet the casing looks virtually the same is an interesting challenge, but one that we have been able to overcome.”

He concluded: “A lot of our people suffer from some form of disability so for them to be able to use their skills and expertise to help bring this product to market is fantastic.”

Established in 2002, MAS-WM has assisted over 4000 companies to improve their products, productivity, processes and people, adding over £120m to the turnovers of those firms that have embarked upon in-depth business improvement projects.

Going forward, it will look to maximise its relationship with the new Business Link West Midlands service to make sure even more companies can access its unique mix of in-depth support and strategic assistance.