Back to search results

Best of British Beer was created by husband and wife team Will and Gill Sherwin in 2011 with one simple aim in mind – to help wave the flag for this country’s finest independent breweries.

Over 300 different craft breweries later, we reckon we’re pretty much on course to achieve that goal. The British craft beer scene is really vibrant at present with over 200 producers - the highest figure since the 1940s and the quality and variety of brews has never been better.

We pride ourselves on only supporting award winning independent breweries with consistent quality, our care and speed of service and our commitment to support one of Britain’s most traditional industries. We work directly with each brewery so you know that you are getting a truly personal service and the freshest beer possible. We’re proud to be privately owned and by supporting us, you’re directly helping up to 200 other independent companies with each order. 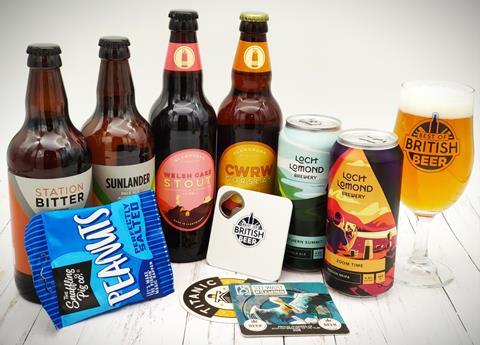 Our aims haven’t really changed since that day. We’ve sampled a lot of beer and met some brilliantly skilled brewers. There is no better feeling than doing something you love and we get real satisfaction in launching new products and discovering new beers to share with you.

If you want to find out a bit more about who we are and why we launched, please read on. We’re very social and love showing where we’ve been on our beer buying trips and new brews the team are currently enjoying, so please keep in touch. We also like to find out what beers you’ve discovered as we’re always on the lookout for new brewery partners.

- We’ve featured over 500 breweries since we launched
- We’ve sold more than 3 million bottles of beer - That’s enough beer to fill 4 Olympic Swimming pools?
- We were the first UK company to launch a beer advent calendar
- Our Award Winners 12 Pack has been our best selling case for 8 consecutive years
- We have over 90 different beer and cider gift packs 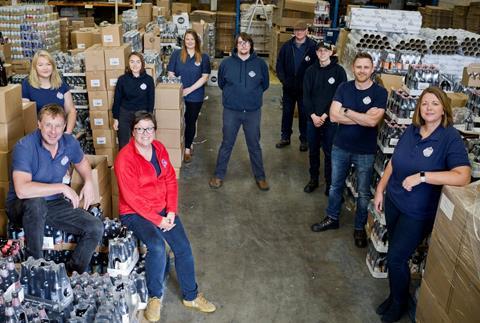 OUR JOURNEY SO FAR

Will and Gill enjoyed successful corporate careers, but were were keen to do something more fun and with a product they would be really proud to work with. We’re not saying insurance wasn’t exciting, we’re just putting it out there that we have a lot more visitors now!

In 2011 we popped along to Lymestone Brewery and bought 5 cases of beer and set about building up a website with no real IT skills. We’re keen amateurs though, so six months later and after a lot of stressing, we made our first sale to someone who wasn’t a friend or family member via our website.

This was all from our dining table and shed so a few months of tripping over boxes we took the plunge and got our first warehouse. The ‘Bunker’ as it was known was a small storage room with no windows but we were very proud of it. We doubled in size several times over the next couple of years and now we’re in our own 5,000 sq. ft. warehouse with lots of room and offices. We still call it the ‘Bunker’ though.

Fast forward 10 years and we’re now proud to not only supply thousands of lovely customers through our site but to work with Funky Pigeon, Selfridges, Waitrose and QVC, delivering a better glass of beer throughout the UK and beyond.

Back to search results