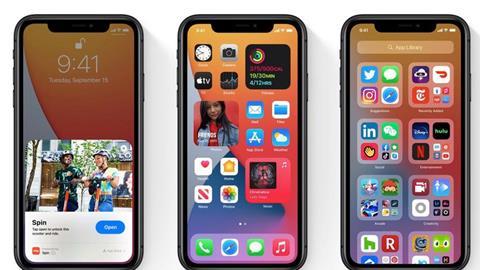 The effectiveness of the ad economy post-Covid

Like many industries and most aspects of life, the Covid-19 pandemic has had a dramatic impact. And the advertising industry is no different.

According to YouGov’s International Media Consumption Report 2021, the pandemic changed the way we consume media in a big way - it accelerated the growth of video streaming, both in viewing numbers and time spent watching. At the same time, the decline of print magazines and newspapers accelerated while consumption of digital publications picked up. Interestingly, the report suggests that the number of people using social media remained steady, but there was a rise in the number of people who hadn’t used any social media in the past 30 days.

“[The findings represent] an enormous challenge to the media industry at large - as well as to the brands using these channels to reach their market,” the report adds. “Because behaviours and consumptions patterns have changed so much, there are questions to be answered not just about how to reach consumers but also about what messages to reach them with and, for some brands, whether to reach them at all.”

The direction the advertising industry takes after the Covid-19 pandemic passes was the topic of discussion among a group of industry entrepreneurs on a virtual roundtable hosted by the Great British Entrepreneur Awards and haysmacintyre.

Hot on the lips and minds of just about every advertising professional in the world is Apple’s latest iOS 14.5 update and how it will impact their ability to deliver results for clients. The update comes with a privacy tool that allows iPhone users to stop advertisers tracking their digital activities.

Jamie Love, founder of Monumental Marketing, suggested brands are having to experiment with their campaigns in response to the update.

“iOS 14.5 is definitely the biggest change we’re bracing for. We’ve already seen clients getting way more experimental with other channels. We’ve partnered with Tik Tok and other platforms to find cool ways to engage with prospects for our clients. Some of our ad accounts have already been updated with fewer data points,” he began.

“We’re putting a lot of educational material together from research to share with our clients so that they know exactly how it’s going to impact them.

“In terms of the ways we’re working, we’re just going to have to be way, way more targeted in terms of what we’re going after and manage expectations accordingly. Obviously, with any change, it’s hard to predict exactly what it will mean, but that’s why we’re using it as an opportunity to test different platforms.

Katherine George, founder of Oh So Social, believes that while iOS 14.5 will cause some issues in the short-term for brands and advertisers, it certainly doesn’t spell the end of social media advertising.

“Some of the networks do so much to integrate so fully within our lives and within customers’ lives that they’re going to be around for a long time, especially with Facebook’s Discovery Commerce coming along,” she suggested.

“It’s more about really understanding the needs of the business and actually identifying where they need to communicate. That’s a big thing I often find with clients - some people get so wrapped up in sales but sometimes you do just still need organic growth on your Facebook or Instagram page.”

Ben Askins, founder of Verb Brands, suggested that it will push brands to earn customers’ data in a more authentic way.

He said: “I actually think it’s a really positive move. The industry has definitely been moving in that direction anyway. And we’ve been trying to make sure our clients go out there and earn that data, rather being over-reliant on third-party data gathering tools.

“Although it is causing some issues, it avoids lazy spend. It also helps smaller brands because it stops bigger brands from overwhelming them with big budgets. This allows smaller brands to collect their own data and remarket with that properly.”

As little as a year ago, a lot of brands might have rolled their eyes at the prospect of using Tik Tok. With a clearly young demographic and apparently flooded with content focused on dance trends, there was little appeal for businesses.

That has changed over the course of the pandemic, however.

He explained that Tik Tok’s organic reach is giving itself a distinct advantage over its competitors: “Facebook and Instagram has taken a dive because they’re pushing the pay side of things so much. But Tik Tok is an absolute open playing field.

“Brands are collecting tens of thousands of followers with nearly zero effort because the algorithm is so good at the moment. The opportunity is basically what Instagram was for 5 years and we’re pushing our clients towards it because it’s so strong and we’re seeing really good returns on it at the moment.”

Katherine George was also full of praise for Tik Tok and its potential for brands. “It’s such a growing platform and I think it’s really grown up in the last 12-18 months.

“The iOS update definitely isn’t the end of social advertising, but businesses are going to have to be more and more tactical with it from a non-organic point of view and advertising spend.  We’re seeing a massive sway at the moment with brands pivoting their spend towards Tik Tok and using more traditional networks for retargeting because Tik Tok is delivering so much more.”

For Ed Hollands, founder of DrivenMedia, advertisers and brands need to think more and more creatively as we move forward.

“Digital is so congested,” he started. “And everyone wants every click they can get so the price goes up with the same results. But we’re working with clients who are thinking much more creatively about how they can tie in an advert on one of our trucks with a social media campaign, even if they’re not spending that much money on the digital campaign.”

Ed added: “They’re thinking about new ways to make people stop (although not literally, as they’ll be on the road when they see one of Ed’s trucks!) and think ‘that’s interesting’. That’s the power of being creative.”

Covid restrictions and the requirement to stay home had a significant impact on Ed’s business, given that he needs people out and about and on the roads to see his clients’ adverts. And while he wasn’t able to adapt as quick as digital advertisers, there is still a unique opportunity for out of home advertising in the future.

“We just can’t react quickly if a brand wants to change their ad quickly. A full truck wrap is on the road for 12-18 months and when you’ve a few trucks carrying one advert it’s going to be two or three weeks on average before you see it again. So it doesn’t actually need that constant refreshing,” he explained.

“With TV or digital advertising, it’s like an unconscious zoning out. You’ll see a certain ad hundreds of times, you know what the brand is. Our clients are coming to us because we increase the return on their spend - in relative terms, they’re not competing with other brands on the road. It’s like Coca-Cola, for example. Consumers are seeing the brand, not searching for ‘soft drinks’.”

While it can be difficult to track the performance of out of home advertising, Artjom Jekimtsev, founder of Adverttu, explained that brands can get creative to bridge the gap between out of home and digital ads.

“We create full wrap adverts on cars, and that is typically used alongside digital budgets. But now we’ve integrated because the product actually connects the out of home to the digital itself,” Artjom explained.

“We created a technology that creates a catchment area around the car that allows it to collect all the mobile IDs around the vehicle and retarget them via ad exchanges.”

Getting the experience right

Regardless of the impact of the iOS 14.5 update, Kevin Mansell-Abell, founder of That Media Group, believes advertisers and brands need to work smarter. The update will only accelerate that need, he argued.

“There can be a tendency for people to get lazy when things work well, and they just end up chucking ad spend on it. The iOS update will really force people to really look at the whole customer experience properly.”

He explained: “I’ve dealt with no end of clients where we push ads, drive plenty of traffic but there are massive gaps in their business model and customer experience that impacts results. Rather than chuck budget at ads, they need to enrich the customer experience, how they sell, how they follow-up with prospects.

“We ran a campaign with one client to drive traffic and calls through, but their phone system couldn’t handle the influx of calls. They had 65 voicemails from prospects saying they couldn’t get through.

“There’s no point throwing money at advertising if your customer experience, your systems and processes aren’t set up in a way to maximise and benefit from it.”

It was an argument echoed by Jason Baker, founder of Citrus Ornge Media. “We also always advise our clients on the whole journey and ensure they’ve got that right. Those are really important questions to be having with a client,” he said.

“We can do a huge amount of work up at the top of the funnel to get those customers in and generate interest, but it’s down to the brand and its customer experience to create that propensity to buy.

“We do a lot of work around getting the creative right but also getting the processes in place. And we sometimes take control of that capture process. If that customer experience isn’t what it needs to be on the client side, we know we can still deliver the results by having that first conversation, and guiding that conversation in the way we need to for the client.”

In crisis there is opportunity

Reflecting on the discussion, Jon Dawson, partner in the creative, media and tech team at haysmactinyre, said: “In every crisis there is opportunity – it quickly became apparent that the group of entrepreneurs on this roundtable had reacted quickly to the pandemic, taking every opportunity in their stride and pivoting their strategies to adapt to the changing environment. New platforms such as Tik Tok have been an advertisers dream throughout the last twelve months, with lower costs of conversion than other social platforms and I was surprised to hear how the fastest growing demographic of users on Tik Tok is over 35 males. As discussions unfolded, creativity came to the forefront of the conversation and it was clear that originality and innovation are equally as important as understanding the algorithms used by technology platforms, when building and running a successful advertising campaign.”