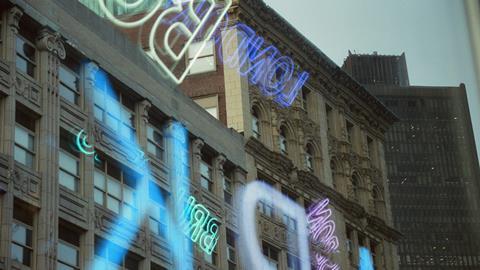 As Poundland kicks off home delivery trials, how long can Primark hold out?

The discount retailer Poundland is trialling online sales. That leaves only a few High Street chains, such as Primark, holding out against the move online. It won’t be long before every UK store joins the e-commerce revolution, says ParcelHero.

The High Street discount store chain Poundland has launched a trial home delivery service to 18,000 staff and selected guests, it announced this week. The home delivery expert ParcelHero says Poundland has been planning the service since last July. The real surprise is that it has resisted online sales for so long.

ParcelHero’s head of consumer research, David Jinks, says the trial is not before time: ”Poundland was forced to mothball 120 of its stores last year because of the impact of Covid on high street shopping. Its eventual recognition that combined in-store and online sales are essential now leaves the discount fashion chain Primark standing virtually alone as a major high street chain whose website is still only a shop window. Shoppers are unable to actually buy anything on its site.

“Last week, Primark reported its profits had collapsed by 90%. The pandemic has taken its toll on our town centres and there’s no going back.”

ParcelHero research shows 17,500 chain stores have closed forever since Covid hit the UK and 46% of shoppers say they will never return to their former high street spending habits. High street pureplay retailers such as Poundland, Primark and B&M must join the revolution or be lost along the way.

”Poundland has belatedly woken up and smelled its discounted coffee. Although the initial trial is low-key, it is taking e-commerce seriously.”

At a press conference this week, Poundland revealed it will be trialling a series of online models this year. This will include in-store click & collect, monetarising its own website and using a shared marketplace to keep operating costs down.For now, it is just a limited trial of 2,000 lines for staff and guests, including food and general merchandise. However, expect to see a far greater selection when the service is launched nationally, said Jinks, who believes that is likely to be within months.

In contrast to Poundland’s new web strategy, Primark’s boss, George Weston, still claimed its physical store-only plan was best – despite revealing last week a 90% drop in adjusted operating profits for the first half of its financial year. “I personally don’t want to live my life behind a screen,” he declared.

Some retail pundits say the real problem is that Primark doesn’t have the profit margins it needs to sell online. ”As Mr Weston himself concedes: ’Our cost advantage comes from the fact that we are a bricks and mortar retailer which has neither the picking up costs, nor the distribution costs, of an online retailer.’ However, if Poundland can find the margins necessary to jump online – despite the fact many of its products cost just, well, a pound – then Primark must also be able to find a way,” Jinks added.

”Every retailer is hoping that there will never be another national lockdown, but a store such as Primark is particularly vulnerable to any future local closures. Unlike Poundland, Primark has been classed as “non-essential” and has no food sales to enable it to remain trading in the way supermarkets were able to.”

‘We believe Primark needs to follow Poundland online. Its core market is young buyers – the age group shown to be least loyal to any one brand and most likely to shop online,” said Jinks. ”Queues outside its stores when lockdown ended earlier this month show it still has fans, but there’s only so much Primark and other UK stores can do to stay relevant without a strong web sales presence.

According to Jinks, Poundland has cleverly embraced the future of the high street by turning to the “dark side” of retail, opening a so-called “dark store” to fulfil its e-commerce orders. It has closed one of its three stores in Cannock, in the West Midlands, and converted it into a dark store: a shop with staff but no shoppers, using it as an online fulfilment centre.

“We believe the High Street store of tomorrow will have no customers, no stock on their shelves, or dedicate areas to robot pickers.”