Celebrity lockdown investments: Who are the world’s top celebrity investors backing in 2021 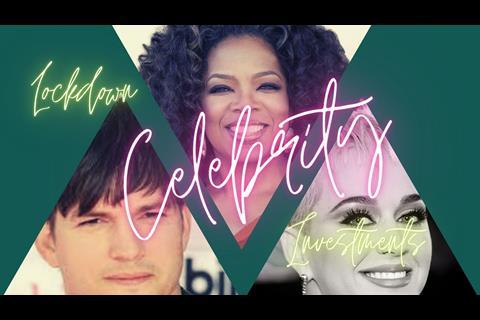 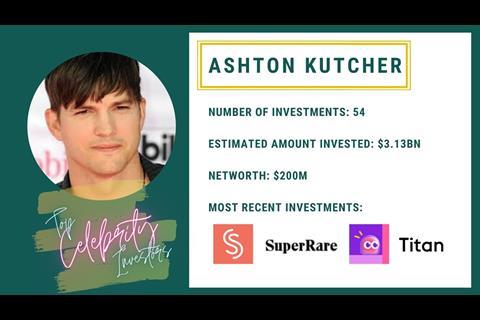 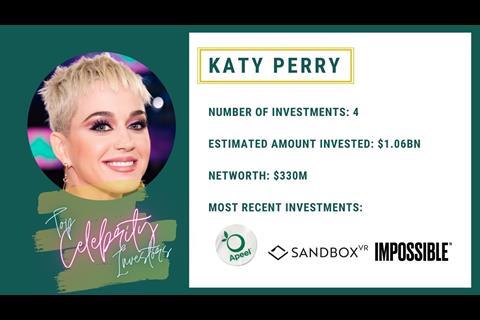 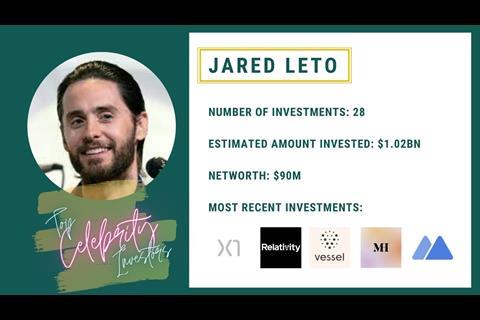 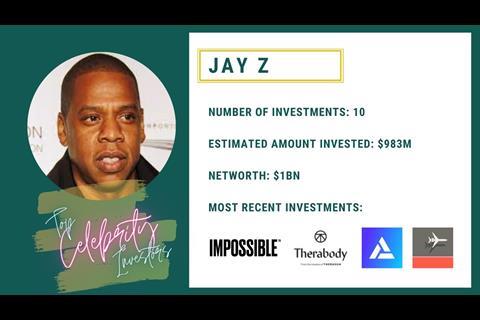 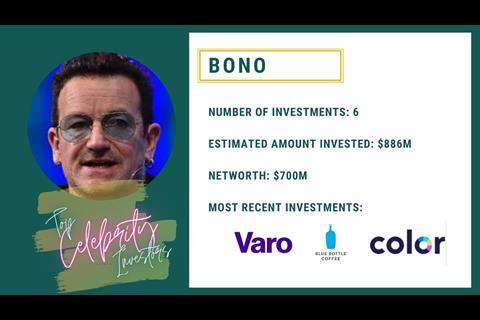 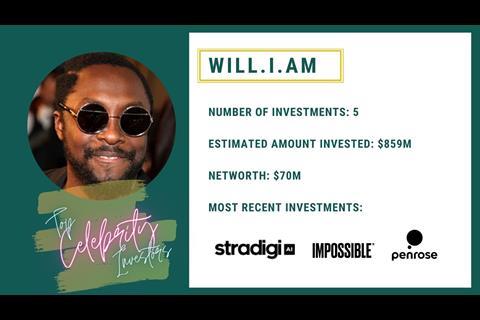 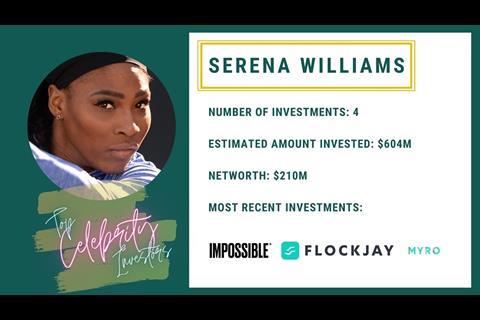 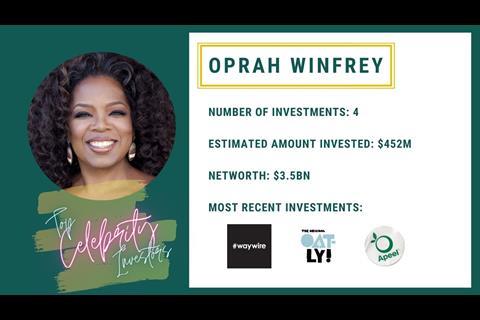 The world’s top celebrity investors include the likes of Ashton Kutcher and Serena Williams. But do you know which companies they’ve backed since the pandemic shook up the global economy? The Fresh Business Thinking team pulls together a unique look at celebrity lockdown investments.

Celebrities don’t just make their money from their day jobs and sponsorship deals. They’re often silent investors in many popular brands using their sizeable paychecks to make lucrative investments. Here we round up the most savvy celebrity investors in the world today, and take a look at their lockdown investments.

Who are the biggest celebrity investors?

Investment experts at money.co.uk analysed a seed list of 30 celebrities from Crunchbase and Love Money to find out which stars are the biggest and busiest investors. These celebs have invested a total of $11.9bn across 339 different business ventures. Let’s take a look.

The celebrities who have invested the most

Inspired by money.co.uk’s Celebrity Investments Index, the Fresh Business Thinking team looked into the top 9 celebrities who have the highest estimated amount investment and their lockdown investments, looking at Crunchbase data from March 2020 till date. Ashton Kutcher and Serena Williams lead the lockdown investment list, backing multiple companies privately and via partnerships. Check out our breakdown below. 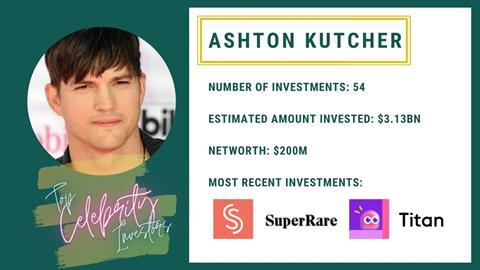 Actor Ashton Kutcher has made a total of 54 investments and has 14 exits to date. Since the pandemic, he has invested in 5 businesses. He also holds 5 current jobs, including Co-Founder at Sound Ventures, Co-Founder at A Plus, and Chairperson at Thorn. 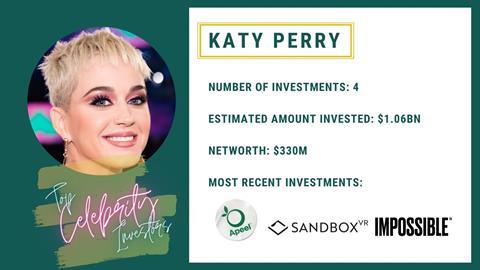 Singer Katy Perry has made 4 investments totalling $1.06bn. She holds 2 current jobs as Co-Founder at Juicero and Singer at Capitol Records. 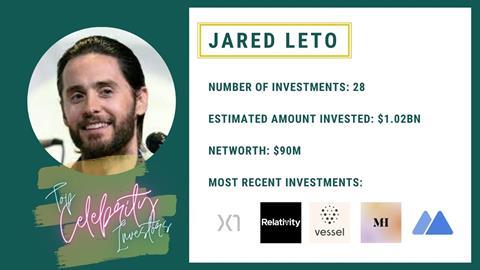 Actor Jared Leto has made 28 investments and 6 exits, including Suja Life, Reserve, and Reddit. 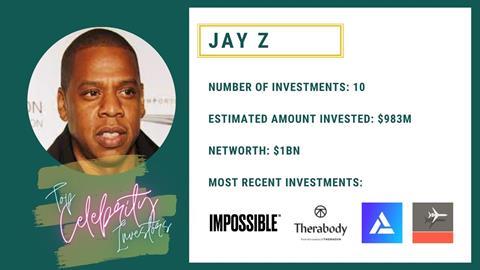 Shawn Carter AKA Jay-Z has made 10 investments and 4 exits, including Uber, Julep, and JetSmarter. He has 4 current jobs including Owner at Project Panther, Founder at Roc Nation, and Founder at the Shawn Carter Foundation. 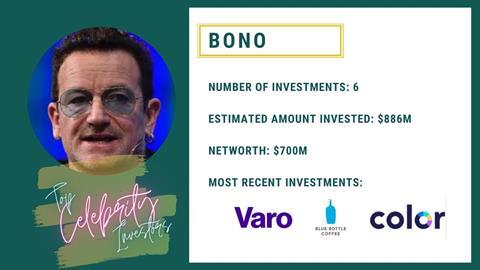 Paul Hewson AKA Bono has made 5 investments and 2 exits (Vamo and Blue Bottle Coffee). He is the Co-founder at The ONE Campaign and was the Managing Director & Partner at Elevation Partners. He is a Board Member at Zipline. 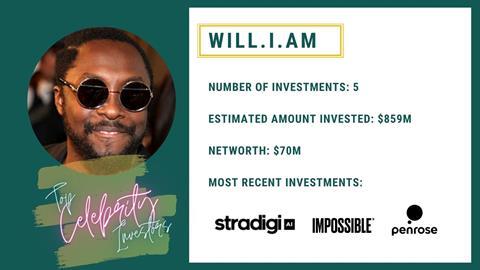 William Adams AKA will.i.am has made 6 investments and has 1 exit (Honest Dollar). He has 4 current jobs including CCO at 3D Systems, Chief Executive Officer & co-founder at i.am+, and President at i.am.angel Foundation. 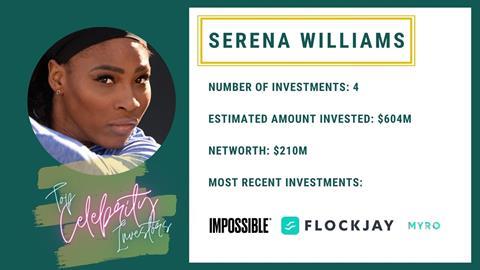 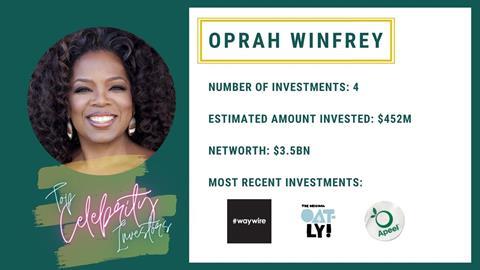 Oprah Winfrey made 4 investments and 1 exit (Waywire). She has 2 current jobs as Chairwoman & CEO at Oprah Winfrey Network and Founder, Chairwoman and CEO at Harpo Productions. She is also a Board Member at True Food Kitchen.