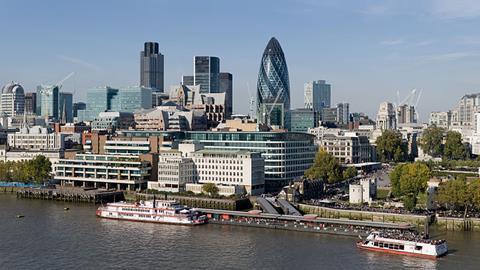 London has overtaken New York and San Francisco to be crowned the crowdfunding capital of the world, according to new figures from the Crowdfunding Centre.

Crowdfuding Centre said there were 250,000 campaigns started in the world in July, with the British capital leading key industry categories like business, technology, gaming, publishing and seven others.

The research also suggested that the UK as a whole is starting to challenge the dominance of the US.

Crowdfunding Centre also announced the launch of the world’s first interactive crowdfunding map which allows researchers and journalists to access the rapidly growing world of crowdfunding.

George Osborne said: “The technologies being developed today will revolutionise the way we bank, the way we invest, the way companies raise money. It will lead to new products, new services, new lenders.”

Barry James, Founder and CEO of the Crowdfunding Centre, said: “The Chancellor is right, this is a new era. We’ve been tracking it and mapping it’s exponential growth for more than two years.

What we have seen has revolutionised our thinking and our understanding of what’s happening to the world, it’s economy and fast-evolving global culture. Technology is the enabler but people, the crowd, are at the centre. It is their decisions, wishes, needs and demands that are driving and directing this new economy.

This is why it moves at a faster pace and with a very different heartbeat. The UK and London are playing a key role and we look forward to sharing in more detail”.