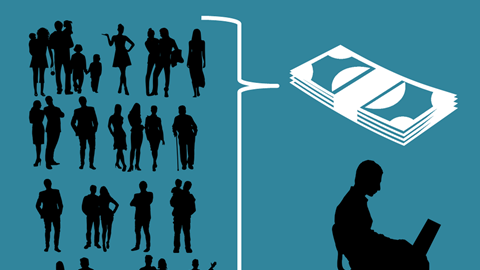 Alternative Finance in 2012: A Year in Review

2012 has witnessed a wave of activity within tech-driven financial services here in the UK. While the banking sector continues to flounder amid increasing regulatory scrutiny, London is once again at the forefront of financial innovation as a number of young companies forge ahead in trying to solve many of the pressure points associated with standard banking products. Looking back on the year that alternative finance entered the mainstream, what has been achieved? And where will innovation in financial services take us in 2013?

Much progress has been made with consumer finance - British companies like Wonga, Zopa and RateSetter have all achieved footholds in the personal loans market.

While Wonga’s technological edge allows them to fund clients in less than 15 minutes, Zopa and Ratesetter’s peer-to-peer (P2P) networks connect lenders and borrowers over the internet, efficiently matching risk and return.

Also fascinating is the increasing fusion between finance and mobile technologies, with Sweden’s iZettle - which allows merchants to take small payments via mobile and tablets - just recently launching in the UK this year and following the trail blazed by Square in the USA.

Much of the focus this year has been around small business finance. The UK banking sector is one of the most concentrated in the world with the top 5 banks dominating 85% of the market.

Most services offered are exactly the same, with the banks fretting more about the state of their balance sheets than about launching new products. Nearly every day we read of the difficulties that entrepreneurs face in sourcing finance, from equity finance to start-up, loans to fund long-term projects, or the necessary working capital to keep business ticking over. But now the private sector is responding with new innovative solutions. Right across the funding spectrum tech-enabled solutions are laying the foundations for mainstream adoption - aiming to revolutionise business finance.

For start-ups looking for their first equity investors, rather than relying on the whims of friends and family, crowdfunding sites such as Crowdcube and Seedrs allow entrepreneurs to source small stakes from the general public, fans or even potential customers.

While there was some regulatory scepticism over these sites and a fear that the public wouldn’t part with their money in this way, 2012 has seen several projects being successfully funded - a stand out example being EscapeTheCity which managed to raise £600,000 in less than two weeks through Crowdcube.

For more established businesses, the change has come with new ways to source loans and working capital - alternatives to the traditional suite of financial products such as overdrafts, term-loans and invoice factoring.

Now SMEs can join a peer-to-peer loan platform such as Funding Circle and source a 1 to 3 year loan from a wide range of investors. They can also use my company, MarketInvoice (£36 million funded to date), to obtain cash advances against invoices that take a long time to be paid by large end customers, allowing them to unlock the capital required to accelerate growth.

Other models such as Borro allow wealthy Directors to raise cash against personal assets such as cars or a valuable painting, and newly established IWOCA allows Ebay and Amazon merchants to obtain small advances to fund stock purchases for their e-stores.

While all these companies were very niche players at the start of the year with low brand recognition, their steady progress has been tracked closely by the press as well as business commentators.

Taken together, my estimates show that these alternative finance platforms will have channelled nearly £200 million to British SMEs by the end of this year, with MarketInvoice and Funding Circle channelling nearly £100 million between them alone.

What’s exciting is that this is only the start. Just as the internet revolutionised the way we think about retail, these next-generations platforms will completely change the way finance flows through our economy. Already 90% of companies that have joined MarketInvoice have used the platform repeatedly and report that the speed of funding coupled with flexibility makes it a no-brainer compared to traditional bank products.

The Government has been quick to recognise the scalability and potential of these new funding channels. In May of this year the Department for Business Innovation & Skills announced a tranche of £100 million to be deployed directly through non-bank finance platforms - a clear indication that Vince Cable and his team want to encourage greater diversity in the funding landscape.

Further announcements from the Business Secretary outlined the creation of a British Business Bank which would work alongside these private providers, ensuring any Government funds are allocated efficiently.

Next year will see these new financial technology companies grow even faster and integrate deeper into business networks. There will be additional market entrants, offering new products and a few brands in each category will establish themselves more prominently.

As with any market disruption it takes time to build trust with users and it will be interesting to see how the new models move into the mainstream, building on the early adopters who were willing to be the guinea pigs in 2012. As track record is established, you can expect more businesses to be referred to these online solutions.

Of course not everything will go smoothly - major changes like this rarely unfold without minor setbacks and new risks. 2013 will see an interrogation around security, fraud and default ratios on these platforms.

Many of the companies are in unchartered waters and are constantly testing how they can build more secure infrastructures for their users. The banks will watch with interest whether these platforms can become profitable when operating at larger scales.

But ultimately, history has shown us before that technology can create radical change for good in dusty old industries; our financial services sector is certainly ripe for such change.

Who knows, there might be a time when having to walk down to your local bank branch to convince someone to give you a loan is a memory from a bygone era. The world has changed, and access to finance is certainly catching up. It’s not clear yet what next year will bring, but I’m excited to be part of this revolution in finance, in 2013 and beyond.