Lucy Cohen is a powerlifting accountant who can crunch numbers on and off the gym floor. Here she tells us her entrepreneurial journey to success with her subscription-based accounting tool Mazuma. 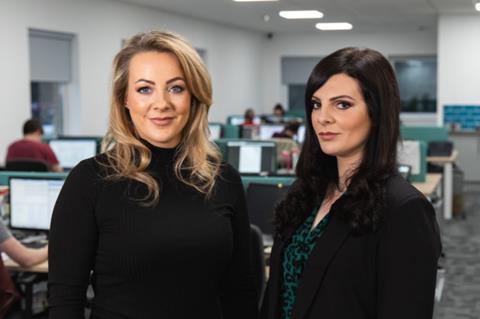 Lucy Cohen, accountant, powerlifter, and award-winning entrepreneur is no stranger to success. When she’s not lifting an ungodly amount of weight, she’s hoisting up and supporting other small businesses, a position she can relate to all too well, considering her humble beginnings. She started her subscription-based accounting service Mazuma with £100 in her spare bedroom. The Prince’s Trust volunteer, powerlifting silver-medalist and board member has clearly made not only a career but a hobby out of coaching small business owners, as well as other lifters.

Lucy was awarded Disruptor of the Year at the Great British Entrepreneur Awards in 2019. Now, in 2021 she’s speaking at GBEA’s finalist announcement workshop sharing her own start-up story with Simon Cureton, CEO of Funding Options.

This year, the finalists were announced in a collection of category-based workshops, all presented in partnership with Funding Options. Each announcement was an up to 20-minute Q&A session with some impressive previous GBEA winners, right before the big shortlist reveal.

While some might consider accounting to be a bit of a drag, its history is very interesting. Although officially transitioning to a truly recognised profession in the western world in the early 19th century, accounting is thousands of years old. The groundwork for accounting is commonly attributed to Ancient Egyptians and Babylonians due to their impressive developments in the fields of writing and numeracy. Evidence even suggesting there was a particularly smart Egyptian holding the title of “comptroller of the scribes” in 650 B.C. Not to mention the Book of Exodus; the second book of the Bible, throwing accountants some clout too. Even mighty warriors and biblical figures had to do their taxes.

Luckily, if you’re not too keen on that whole scene, thanks to people like Lucy, there are plenty of options available to outsource accounting admin.

“I started off with £100 in my spare bedroom. We just worked really hard and invested money back in the business.”

Mazuma, founded in 2006 is the world’s first subscription-based accounting service for small and micro-businesses. Despite now being the leading provider of such a service, Mazuma had its own micro-start. 23-year-old Lucy Cohen had grown up around talented creatives who dreaded taxes just as much as the rest of us. Lucy, having a brain for business saw the potential for a low-cost accounting subscription service for people like her family and friends who could essentially have an accountant on subscription, all year round.

With her friend and co-founder Sophie Hughes, Lucy set off on her entrepreneurial journey. Putting everything they could into growing the business Sophie and Lucy invested all their profits directly back into the company and even took out an impressive variety of loans, acquired a few grants and in 2019 did an equity raise. “We’ve experienced most of the major funding businesses out there,” said Lucy, accruing an impressive portfolio of funding and demonstrating her keen financial abilities.

Despite being crowned Disruptor of the Year, Lucy seems to see things differently. “What do we classify as disruptive?” Lucy attributes her success to a desire to solve a problem that plagued plenty for years rather than intentionally being disruptive.

“Just because you do it first doesn’t mean you do it best,” says Lucy, spurring on those that may be discouraged by their ideas being already done by millions of other businesses. “There are still plenty of problems to solve”.

“It’s not just an award, it is a community that gives you an opportunity to meet really exceptional people.”

“Running a business can be a really lonely place, it’s important you can have allies who can relate to that struggle,” she adds. Lucy’s success, talent and her bolstered garrison of friends and allies thanks to the GBEA award have brought her to the top of her field.

Working in a male dominated field

Lucy suffered difficulties going into an industry not known for disruption, innovation, or inclusion. “I believe there isn’t a room I shouldn’t be in,” she said, outlining the importance of ignoring ‘impostor syndrome’ and finding allies like she did in the GBEA community to “lift you up. Reach your hand out and pull them up with you.”

These days, there aren’t many rooms Lucy isn’t in, from coaching powerlifters and small businesses at The Prince’s Trust, to mentoring at the Association of Accounting Technicians. When she’s not reaching for a barbell, Lucy seems to be reaching for the stars.

Watch the full interview below to hear how Lucy made Mazuma a household name in the small business world.