Back on his feet after ‘Civilian Street’: Ex-Royal Marine Peter Kelly’s entrepreneurial story

Ex-service member Peter Kelly went from training troops to training groups through his business, Imployable. Peter talks about his journey from the marines to the business scene and how the Great British Entrepreneur Awards helped him on his way. 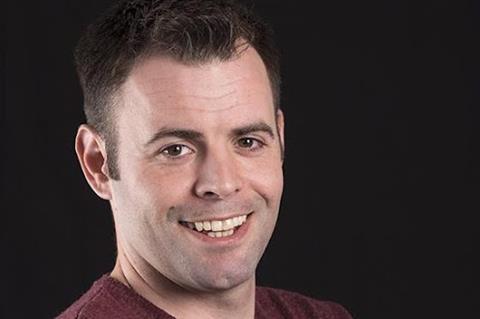 The year is 2015. Peter Kelly, now co-founder of Imployable had just left the Royal Marines. Peter has some impressive qualifications on top of the extensive military experience, including a variety of internationally recognised qualifications in project management. Outside of the military, despite his vast skill set, Peter was having trouble getting a job.

Meeting up with fellow ex-Royal Marine Kieron Yeoman who himself was coaching people on transitioning back into secure employment, Peter realised they both shared a passion for the same thing – getting work. Years later, Imployable came to be, and Peter Kelly and his business are powerhouses in their fields. From commanding troops to managing staff Peter found his skills were more transferrable than he initially thought and now runs a thriving business helping others in a position he’s sadly familiar with.

Peter won the Entrepreneurial Spirit Award at the Great British Entrepreneurial Awards in 2018. Fast forward to 2021 and Peter is giving a fascinating insight into he and his businesses journey to success at GBEA’s finalist announcement workshop with Zoe Cornish, People Director at Funding Options.

This year the GBEA finalists were announced in a collection of category-based workshops, all of which are presented in partnership with Funding Options. Every announcement is alongside a 20-minute Q&A session with fascinating entrepreneurs and previous GBEA winners like Peter, just before the big shortlist reveal.

Unemployment is no joke. Since the COVID-19 pandemic hit the UK, this study and graph show that despite steadily falling from 2012 up until now, unemployment is once again rearing its ugly head.

Good news though. Employment in ex-service members like Peter is on the rise, hopefully eventually reaching a point that won’t disgruntle people enough to go on and create an award-winning business. Either way, we can hope that everything gets better after the pandemic, especially now with restrictions easing and hopefully staying that way.

Started in the middle of 2017 by Peter and Kieron, Imployable is a career management app aiming to improve efficiency and cut the costs of recruitment.

Imployable makes sure to give equal opportunities for people looking for not just jobs, but careers. Imployable provides training courses, work experience opportunities and a large variety of jobs. Coming a long way from the initial disorientation Peter suffered when thrust onto “Civilian Street”, Peter then saw the difficulty in finding viable employment as not just an ex-service member but just as a normal everyday person, spending a very frustrating year looking for worthwhile work.

After meeting with Kieron, the fun really began, Peter hailed his friends to fund his passionate idea receiving £20,000. The real turning point seemed to be when Peter had to make a Minimum Viable Product (MVP). “That initial £20,000 allowed us to fake it until we made it, the app was far too difficult to build any sort of MVP without 6 figures”. 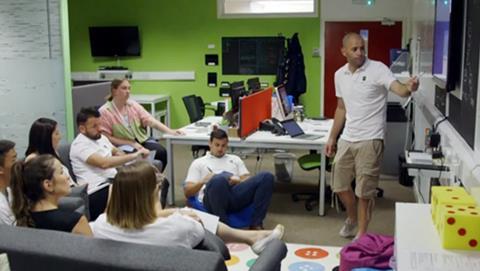 The imployable team in action

Peter told how they simply got the graphic design for the product done up and pretended that was exactly their product and how it worked which, amazingly, led to £300,000 of seed investment.

Peter and Imployable went on to a crowdfunding campaign in 2019 with 300 shareholders, and have just recently finished yet another crowdfund with another 290+ shareholders racking up over £1 million in investments.

With such a quickly accelerating company, an impressively successful journey thus far and hefty amount of investments that I’m sure are being used to pay back some of those very generous mates, Peter clearly has some wisdom to share. “I always believe I’m those 3 feet from gold,” he says, being a great representation of the mindset needed to strive for success. He further emphasised the need for attributes such as resilience, determination, passion and confidence, things Peter surely honed in the military.

Peter is no stranger to failure and in fact understands the importance of it. “Doing things wrong is part and parcel of being an entrepreneur, What’s unforgivable is to get the same things wrong over and over,” he says. Up-and-coming entrepreneurs are no stranger to failure, and when Peter realised he needed six figures for an MVP, he didn’t just give up. Just as many other award winners at the GBEA didn’t give up on themselves neither should any other up and comers award or not, passion and confidence is what many have attributed to their success and can be found in anyone.

Peter himself even mentioned a slight bout of “imposter syndrome”, something much too common in entrepreneurs who don’t think their ideas are up to scratch. Good news though; a lot of those entrepreneurs cured themselves of the syndrome by pushing through and eventually succeeding in doing something amazing.

Seemingly, the prescription Peter needed when he came down with the dreaded imposter syndrome was nothing other than a GBEA award. Clearly restoring some faith in himself and his wonderful idea, Peter has used the award as much as he can. “I have milked my win,” he says. Peter has come a long way from those nights filled with doubt and is now quite happy to tell everyone how amazing he is and how revolutionary Imployable is.

“The hardest thing I’ve ever done is scaling a team”

Peter had no problem elaborating on how hard it was to build his team and some of the lessons he learned along the way. Mentioning one specific interview with a very qualified yet very disinterested candidate for his team, Peter realised they didn’t share his vision and didn’t even go as far as to look at the company’s website. However, on the other proverbial end of the table was an under qualified inexperienced candidate who just so happened to share Peter’s vision, assuring him they have some great ideas they became one of Peter’s newest hires.

After £25,000 investment in qualifications at Imployable Peter’s then unqualified and underappreciated hire was one of many employees to get some qualifications out of the job, the team evolving from what Peter describes as an initial “group of misfits” into a qualified, passionate and effective team of individuals who all accelerated into and adapted to their roles while sharing the same vision.

Currently Imployable is doing well, Peter saying they’re well into the “acceleration stage” and being so confident in his company that he gifted £32,000 worth of shares to a stranger in a job centre. Passion is clearly an attribute Peter isn’t going to be letting go of anytime soon, even reflected in his app which delves into much deeper aspects of a person’s personality to find the right job for them instead of just chucking a CV at everyone who passes by.