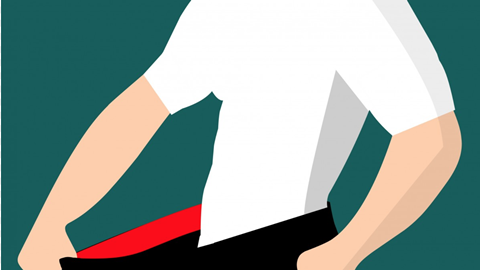 What impact will Boris Johnson’s Obesity Strategy have?

‘Empowering everyone to make healthier choices’ was the UK government’s message when it announced its new plan to tackle obesity in July.

It introduces legislation that will require larger restaurants, cafes and takeaways to add calorie labels to foods they sell, legislation that prevents promotions such as ‘buy one get one free’ on foods that are high in fat, sugar or salt (HFSS) and advertising of such products on TV before 9pm.

The problem is stark, and appears to be growing. According to NHS data, 63% of all adults in the UK are above the healthy weight and half of those are obese. And a third of children leave primary school either overweight or obese. As a nation, we eat and drink too many calories. Government figures suggest that many adults consume 200-300 calories more than they need to, while some overweight or obese children are consuming an extra 500 calories a day.

The announcement also came at a time when various studies around the world showed that those who are overweight and obese suffer far more after contracting Covid-19. One study, which reviewed data of 390,000 patients, found that obese people were 113% more likely than those of a healthy weight to need hospital treatment for Covid-19, 74% more likely to be admitted to intensive care, and 48% more likely to die.

There is cause for hope in the wider fight, however. New food and drink businesses are being created with health at the very core of their mission, and major brands are waking up to the desire for healthier ranges too.

At a recent roundtable hosted by the Great British Entrepreneur Awards and haysmacintyre, a group of health food and drink entrepreneurs discussed the strategy and whether responsibility falls on government, consumers, or brands to change habits.

The overwhelming consensus among the group was that the messaging surrounding both healthy and unhealthy foods was unclear and confusing. And that confusion is making it so much harder for consumers to make the right decisions.

Hannah Glasson, founder of INTUNE Drinks, argued that there is a huge gap between the government’s approach to improving health and that of health-focused challenger brands. She and Jeff Webster, founder of Hunter & Gather, criticised the over-simplified messaging on sugar, salt and calories.

Hannah said: “More consumers are looking at our bodies more holistically. We’re looking at functional ingredients and the government is still just focusing on sugar and salt.”

Jeff added: “We’ve got this myopic discussion around calories. But it’s not as simple as that. A calorie is not a calorie - a calorie of nutrient-void ultra-processed carbohydrates is not the same as a calorie of nutrient-dense grass fed lambs liver. We markedly get obsessed by these really simple messages, because that’s what we think the customers want. Things have been distilled down to such simplistic messaging.”

These mixed messages aren’t just causing problems for the health of the country. It’s actually having an adverse effect on the businesses trying to do something about it.

Nimisha Raja is the founder of Nim’s, the UK’s first manufacturer of 100% natural air dried fruit and vegetable crisps. Even though each of Nim’s products only use one single fruit or vegetable ingredient, even the NHS initially rejected the company for a tender based on its sugar content.

She explained: “The guidelines that were within the NHS, the Eatwell Guide, and trying to ban sugary foods meant we couldn’t [win the tender] because it’s got so much natural sugar and fruit sugars in it. So this didn’t account for the fact that it is natural sugar and has lots and lots of fiber.”

“If we’re banning foods and saying ‘anything above a certain level of sugar is bad’ regardless of what the product is, how are consumers supposed to know what to do?” Nimisha added.

Noel Allen, founder of Noisy Snacks, explained that he too has experienced confusion about some of his products. “One of our products is nuts. Nuts are so high in calories or have a lot of fat,” he said, “but people don’t understand that nuts have a lot of good fats and can be really good as part of a healthy, balanced diet.”

Challengers need to take on the challenge

The issue is clear, it seems. Consumers are confused, and while they’re confused, it’s much harder to make the right choices. So how do we break that wheel?

Julia Kessler, co-founder of low calorie, sugar-free soft drink brand Nix & Kix, praised the efforts of big drinks brands in reducing their sugar content after the sugar tax was introduced. But she believes that government interference can only go so far.

“There has been enough messaging now” she said. “The consumer knows that sugary drinks are bad for them and if they want a Coca Cola, they will have a Coca Cola.”

Julia also criticised the government for not including challenger brands in conversations and consultations around healthy eating and reducing obesity.

“Some of the big soft drinks brands work with the government,” she explained, “but the challengers like us, the ones who are actually innovating in the market, are not getting invited to the table.”

It’s something she argues results in big brands influencing policy for their own benefit.

Hannah added: “The government needs to do a lot educationally. They need to bring us [challenger brand entrepreneurs] to the table to draw on the knowledge we have, and we’re just not getting that air time.”

Looking in the mirror

Nimisha argued that some challenger brands have to look in the mirror and accept responsibility for some of the confusing messages consumers are receiving, and called on them to take action.

“I think we need to look at how we communicate and be honest about what our products are and then let the consumer decide whether they want our products or not,” she said.

She pointed to a number of different brands that market themselves as being 100% natural. Nimisha recalled a conversation with a buyer who queried Nim’s claim to be 100% natural. He said his desk is a conveyor belt of products claiming to be 100% natural, but list 20-30 different, unnatural ingredients on the back.

“If our product has 600 calories, let’s be honest about it and make it clear,” she said.

The reality of habits

For Kris Ingham, founder of Rejuventation Water, the biggest problem is what he described as a “huge disconnect” between what consumers say they want and their shopping habits. Shoppers are saying they want to eat and drink healthily, but it just doesn’t translate to what you see in supermarkets.

“It’s subconsciousness and the strength of habit,” he explained. “That kicks in with consumers that have bought in a certain way for years and even decades.

“I’ve done thousands of sampling sessions, spending hours in front of fridges, watching people walk in like a semi-transfixed zombie just stare into a fridge and pick up a Coca Cola without even addressing what else is in that fridge.”

Although others on the roundtable disagreed, Kris suggested that the Covid-19 pandemic has been a huge blow for challenger brands. While a large portion of the country have changed buying habits, concerned with how long they want to spend in store and about what they’re touching, he believes shoppers have reverted to type.

“They don’t want to pick up an item that may have been picked up by someone else a few minutes before, that they haven’t bought before, and spend time looking at the back for the nutrition information,” he said.

There is an alternative avenue for challengers, he feels. Kris added: “You’ve got to leverage the fact that people have got more time browsing online when they would’ve been taking lunch breaks and commuting.

“We’ve got to put the benefits of our products online, and try to get them to change their buying habits that way. We’ve seen that in our direct to consumer approach. By communicating directly to our customers, people are coming back, and we’re helping to change their habits. We’re creating lifetime value for our brand and not relying on supermarkets.”

Where do we go from here?

The discussion brought a range of different ideas about the best way to tackle obesity and increase visibility of healthy challenger brands. It’s clear that solving this problem is not a straightforward one. But it is clear is a wealth of passion and drive among challenger brands to enact real change in the industry and for the health of the country.

Jon Dawson, a director at haysmacintyre who hosted the discussion, said there could be real value in bringing together entrepreneurs like the group and wider in the sector to submit ideas to government and input into strategy.