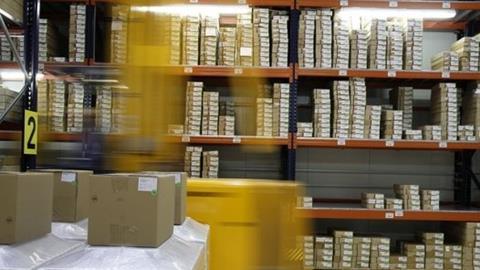 Businesses told to ‘set up in the EU’

Businesses that export to the EU are claiming the government has recommended they set up subsidiaries in the Union to avoid trade disruption.

Many firms have been hit by backlogs at ports, extra paperwork and fees despite the UK’s claim that it secured a free trade deal with the EU.

According to the BBC, some businesses say they have been advised by government officials to create hubs in the EU to reduce disruption even if it means moving investment out of the UK.

Department for International Trade said it was “not government policy”.

Speaking to the BBC, Simon Spurrell, co-founder of Cheshire Cheese Company, said the company had been forced to stop exporting to the EU because of the new rules that took effect on 1 January.

The company sells £25 cheese gift boxes, but Simon explained that he now needed to pay £180 to have the boxes certified by a vet.

He said: “I spoke to someone at the Department for Environment, Food and Rural Affairs for advice. They told me setting up a fulfilment centre in the EU where we could pack the boxes was my only solution.”

Simon did have plans to open a £1 million warehouse in Macclesfield, creating 20-30 new jobs. But he admitted those plans have been scrapped and he may look to France for the new warehouse.

Ulla Vitting Richards, founder of sustainable fashion brand Vildnis, told the BBC that she had also stopped exporting to the EU because of new processes, despite it being her fastest growing market.

She also claims a representative from the Department for International Trade advised her to set up an EU subsidiary.

“He told me we’d be best off moving stock to a warehouse in Germany and get them to handle it,” she said.