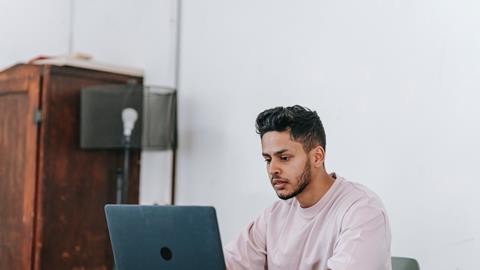 Businesses are complaining there’s no talent to hire. How the Kickstart Scheme is proving them wrong

The £2bn government-backed Kickstart Scheme is saving businesses from shutting down while giving young talent the opportunity to step up and helping businesses find their newest cohort of star employees. But why has the uptake been so slow?

Under-25s have been disproportionately affected economically by Covid, in part because they were overrepresented in worst-hit sectors such as hospitality and retail. In response, Chancellor Rishi Sunak launched the Kickstart Scheme as part of his wider ‘Plan for Jobs’. This was done to prevent a whole generation of the UK’s working population from being “left behind”. 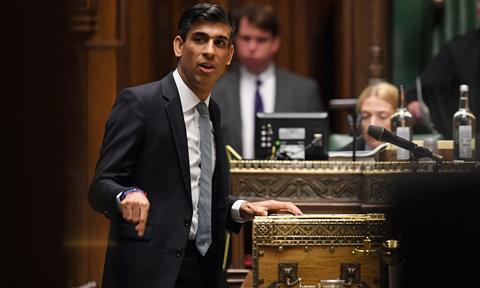 However, Phuong Lee, a payroll manager at UHY Hacker Young, who oversees and processes payroll for 180 clients weekly, fortnightly and monthly – said she had seen a low take-up of vacancies since the scheme’s introduction in September 2020.

“Young people have continued to bear the brunt of the pandemic’s impact on jobs, with the number of under-25s on employers’ payrolls falling by 289,000 over the past year,” she said. According to Organisation for Economic Co-operation and Development (OECD) figures, around one in seven young people in the UK are unemployed.

What is the Kickstart Scheme?

“The Kickstart scheme provides funding for the creation of around 250,000 roles for 16 to 24-year-olds. Employers of all sizes can apply for funding to cover 100% of the National Minimum Wage for 25 hours per week for a total of six months, as well as associated employer National Insurance and minimum automatic enrolment pension contributions.”

The Kickstart Scheme: The positives

In theory, the Kickstart Scheme makes a lot of sense, but we shouldn’t start celebrating yet.

Since the programme’s launch, one of the biggest gateway organisations in the country, East Midlands Chamber, has secured funding from the Department for Work and Pensions for businesses to create 2,800 Kickstart placements. However, only 600 of these roles have been filled, with 1,600 live vacancies as of June 2021.

“The fact so many vacancies remain live would appear to suggest that not enough people are yet aware of the Kickstart scheme and what it’s all about.

Diane Beresford, the East Midland Chamber’s deputy chief executive and Kickstart lead expressed concern that these roles are undervalued by the business community.

“You may think “well, the reason this isn’t as known is that the jobs being advertised are not worthy of our time. They aren’t careers, they are jobs that are unimportant.”

This simply isn’t true. “A third of the roles we’ve helped create are in digital and technology positions, many of which require graduate-level skills. These are modern jobs in forward-thinking small businesses that want to trial new ways of working and products they otherwise wouldn’t be able to,” she adds.

UHY Hacker Young’s Phuong Lee explains that old-fashioned business ideas are holding young people and SMEs back. “It is being underutilised mostly due to limited awareness and knowledge of the programme by both employers and the young people it is designed to help. While furlough claims are still dominating payrolls – although they are, of course, dwindling as Covid restrictions ease – we are seeing a lack of wages being paid in via Kickstart.”

Does this highlight a larger problem?

In an age where Gen Z is constantly being villainised by politicians and elders for “laziness” and “self-entitlement”, why is the one programme that could prove this wrong is left completely unknown?

In a 2018 Huffington Post article, journalist Michael Hobbes highlighted the serious stigma that is targeted towards Millennials and Gen Z by older generations. Hobbes states, “we are delaying partner-marrying and house-buying and kid-having for longer than any previous generation. And, according to The Olds, our problems are all our fault: We got the wrong degree. We spend money we don’t have on things we don’t need. Mention “millennial” to anyone over 40 and the word “entitlement” will come back at you within seconds, our own intergenerational game of Marco Polo.”

If this is the mindset adopted by our government and seniors, then the Kickstart Scheme may only be good in theory. Are young people then being set up to fail?

For example, the UK youth have been accused of being super spreaders of the virus throughout the pandemic, even when they were heavily encouraged to go out with those outside their household during the government’s “Eat Out to Help Out” Scheme. In addition to this, youths have been criticised by the government and elders for not getting jobs, while young people’s main career areas, like retail and hospitality, were left unsupported when the pandemic hit.

“This is what it feels like to be young now. Not only are we screwed, but we have to listen to lectures about our laziness and our participation trophies from the people who screwed us.”

Paul Mackenzie-Cummins of Clearly PR have corroborated such claims. After hiring staff through the initiative, he was left “baffled” when the initial media attention ”evaporated” in such a short period of time. ”Young people under the age of 25 years account for one in four of all jobs lost to the pandemic since March 2020, yet here is a scheme that can both enable businesses of all sizes to create new roles and have the salaries covered for six months.”

Clearly, more must be done to ensure our youth feel supported and valued by the rest of society. After all, these are the people who are the most technologically adept and will ultimately make up the bulk of our workforce.

“To me as a business owner and employer, it is a no brainer: create an opportunity and receive financial support for doing so,” Paul says.

Why should businesses implement the Kickstart Scheme?

James Twigg of Total Integrated Solutions lays out the current landscape for the job market, and uses that to explain the importance of this scheme. More specifically, the shortage of talent that businesses are failing to bring about. “There is a huge shortage of multi-skilled engineers in our industry so it’s important to train and nurture the engineers of the future” he states. It falls to businesses to usher in the next generation of talent that will make their industry stand the test of time.

For businesses, it’s a win-win scenario, says East Midlands Chamber’s Diane Beresford. ”They’re playing a vital role in giving young people a chance in employment, while they benefit from a risk-free opportunity to do something that could lead to future growth.”

The construction company J. Murphy and Sons Limited cannot praise the scheme any more highly. They highlight how much hidden talent there is being under-utilised for various sectors.

For any employers still on the fence, they encourage you to take that first step. ”There are some fantastic candidates available through the scheme who just need to be given a chance. My top tip is to spend time and effort upfront in the job specification process so that you get the right candidates interested from the outset.”

How can I apply for the Kickstart Scheme?

“The main benefit to businesses of using a gateway is the ability to speak with someone from a customer’s perspective who has the experience of applying, managing the process and be able to answer any questions,” says Francesca James, founder of GBEA. ”We’ve been able to support our employers with such things as job description templates to optimise more quality applications.”

What does my business need to be eligible for the Kickstart Scheme?

The young person seeking work must be aged between 16 and 24 and on Universal Credit or be at risk of long-term unemployment. Businesses have the option to top up the young person’s wage and they also qualify for a £1,500 government grant for training and to help with Kickstart’s set up costs.

UHY Hacker Young’s Phuong Lee said: “Once an application has been accepted, young people are referred for the scheme’s vacancies through a JobCentre Plus work coach. They are then interviewed for the role by the prospective employer.

“Kickstart runs until the end of December this year when all jobs provided through the programme must begin. Employers can spread start dates up until that date and they will qualify for funding until 30 June 2022 if a young person starts their job on 31 December.”

There is still plenty of time to sign up, although East Midlands Chamber recommends that interested businesses apply to the scheme by the beginning of August so they can access the funding without delay.

Overall, this is a very promising scheme and one that should not be confined to the period of pandemic Britain. We owe it to ourselves to provide our youth with as much support and responsibilities as we can. There is a lot of unfair stigma towards the UK youth, let’s provide them with a chance to prove how unfounded these perceptions are.