The shrinking chocolate bar: The truth behind ‘shrinkflation’

The internet has made comments for a number of years about the changes in chocolate bars recently, whether it’s the change in size and design, or the increase in price- most famously the outrage over the Freddo, now averagely priced at 30p - a whopping 200% increase since the 90s. 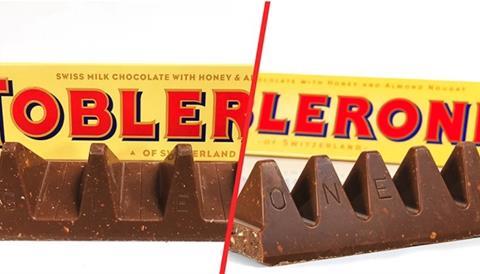 Shrinkflation may sound like fake news, but it’s real, and it’s having a huge effect on the confectionary industry.

The internet has made comments for a number of years about the changes in chocolate bars recently, whether it’s the change in size and design, or the increase in price- most famously the outrage over the Freddo, now averagely priced at 30p - a whopping 200% increase since the 90s.

This year alone Cadburys has made their bars smaller, with Cadbury confirming they had reduced the size of larger Dairy Milk bars from 200g to 180g, yet the bars remain on sale for the same price as when they were bigger - despite the 10% reduction in the size.

Why are we seeing this take place?

A spokesperson from Mondelez, which Cadbury is now a subsidiary of, says: “ “We’re facing the same challenges that so many other food companies have already reported when it comes to significantly increased production costs – whether it’s ingredients, energy or packaging – and rising inflation.

“This means that our products are much more expensive to make. We understand that consumers are faced with rising costs too, which is why we look to absorb costs wherever we can, but, in this difficult environment, we’ve had to make the decision to slightly reduce the weight of our medium Cadbury Dairy Milk bars for the first time since 2012, so that we can keep them competitive and ensure the great taste and quality our fans enjoy.”

After effects of the pandemic: During the pandemic, many confectionary brands saw an influx in profits as people were taking comfort in their favourite chocolates. However, now that we go back to normal and are being hit with a cost of living crisis the chocolate high is now melting away.

An article written by the i explains that during the 12 weeks leading up to 12 June this year, the British chocolate market was worth a healthy £476m, with the average UK consumer spending £19.16 on chocolate in that period. However, that figure has fallen steadily from £508m for the same time period last year.

Inflation: Due to the current state of the economy many markets are reaping the effects of inflation, and the cocoa industry hasn’t gone unmissed.

At the end of June, prices of cocoa fell in London and New York due to fears that inflation could curb the demand for chocolate. The International Cocoa Organisation (ICO), backed this saying that the production of cocoa beans is expected to decline by 6 per cent to 4.9m tonnes this year.

“Rising inflation could restrain the consumption of non-essentials and luxury goods, including cocoa products, should the situation persist”.

So, how can we encourage more people to purchase their favourite chocolates again?

Give back: In today’s day and age, people are far mare likely to be open to spending more on products if they know it is more ethical. Consumers want to know that the cocoa was sourced ethically and that the production is sustainable - so raise your prices, but give customers a reason to be okay with that.

This doesn’t have to cost your brand much either and could end up seeing you make more. Tony’s Chocoloney for example has been hitting the shelves of most stores recently, and doing really well - and this is down to their ethics - and their amazing flavours. Tony’s is committed to making the chocolate industry 100% slave free and people who agree with and also want this are far more likely to spend money on this product over other chocolate bars.