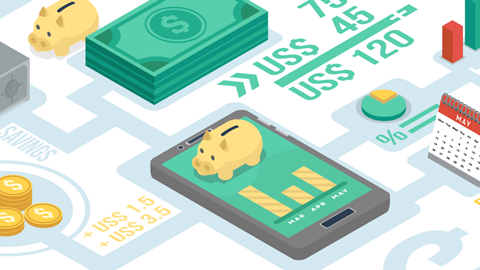 The future of fintech in a post-Covid world

The UK’s fintech industry has experienced phenomenal growth in recent years, with London described in some parts as a ‘superhub’ of activity.

It is estimated that the country’s fintech businesses grow much faster than counterpart SMEs and add as much as £3 billion to the economy in GVA.

Like many businesses, fintechs have a varied experience of the Covid pandemic and as the end appears on the horizon, attentions are now turning to what the future of fintech looks like in the UK.

This was the topic of discussion at a recent virtual roundtable of fintech entrepreneurs hosted by the Great British Entrepreneur Awards and haysmactinyre.

What immediately became clear as the discussion began is that the panel believes fintech will continue on the path it was following prior to the pandemic, but it is likely to find itself further down that path that it perhaps expected to be.

Joe Gallard, of connected purchasing platform Reducer, explained: “It’s more of an acceleration of the trends that were taking place already, rather than new trends being born out of the pandemic.

It was a point supported by Philip Belamant of buy now, pay later platform Zilch. “We’ve all probably explored more than we ever had before during the pandemic. We might have downloaded that app or tried that thing we always wanted to try because we had more time to do it.

“The pandemic has definitely accelerated the adoption or at least the propensity for people to try.”

When you look at financial management and payments, Philip said this was another area that has accelerated a trend. People were already spending more time managing their money and how they pay for things, but lower incomes through redundancy or furlough sped this up.

He added: “We saw a huge adoption of our business throughout Covid because people wanted a different way to manage their cashflow.”

Looking at businesses rather than consumers, Francesca Tricarico of Future Cloud Accounting, suggested the pandemic has pushed a large number of businesses to shift to digital processes ahead of their Making Tax Digital compliance dates.

“A lot of businesses are wanting that information more up-to-date more than ever before,” she said. “They’ve almost panicked and rushed to get on platforms like Xero or QuickBooks. We actually had to stop taking on new clients at one point.

“Covid given a kick up the backside to a lot of smaller businesses to be more digital focused, and be more forward thinking with what’s happening in the future.”

Although the pandemic has created an unprecedented number of challenges for vast numbers of businesses, there has also been opportunity, particularly for fintech businesses - a “silver lining” as Henry White of Finance Unlocked, described it.

“We saw that particularly with our investment round,” he began. “In 2019 we raised pre-seed investment which involved a lot of flights to the US over a six-month period, which was exhausting. Last year we raised a £2 million seed round in two weeks because we were having back-to-back video calls. Of our 15 new investors, we’ve only met one face-to-face but we still feel like we’ve built a connection with them.”

Henry added: “It’s taken something like Covid to show us that there’s a better way to do it. And I think we’ll be able to accelerate and scale quicker.”

Maria Phillips of BridgeRegTech, who lives in Yorkshire, has also been able to take advantage of the pandemic to embark on global growth. She said: “Before the pandemic, I was taking four flights a week and I had an office in London.

“Over the pandemic my entire customer base has shifted. I’ve only got one client in the UK now, everyone else is in the US, Australia or in the Asia Pacific. I’ve got a phenomenal opportunity to reach these businesses without getting on several flights a week and grow the business.”

Maria also believes the UK’s fintech industry can take advantage of the pandemic to address the “huge” issue of skill shortage.

“There’s a massive skill shortage in UK fintech, and we’re seeing educators trying to pivot and service that market,” she said.

“I teach on three separate further and higher education courses around fintech and regtech. These colleges and universities know that something is happening in the space and they want to be part of it.”

It has long been understood that a mobile, remote workforce enables a business to attract talent from all over the world. With hybrid and even entirely remote working being the method of choice for many businesses as we leave the pandemic behind, this presents an opportunity for the fintech industry to close the skills gap, hiring the best talent regardless of where they are in the world.

Government focus and the crypto catch-up

For all the talk of opportunity and accelerating the trend that already existed, not all the panellists shared the optimism of their peers.

Alex Batlin of Trustology, which aims to accelerate the adoption of cryptocurrency, accused the government of and major institutions of ‘downgrading’ their efforts and support of the fintech space.

“I think in the last few years, there’s been a real downgrading of focus from both the government and UK banks when it comes to investing in fintech,” he started.

Under David Cameron, the UK government really pushed fintech support and investment, but “there’s been absolute de-focus in it” in recent years, Alex argued.

“Especially when you look at crypto - when was the last time you heard of a British bank adopting cryptocurrency? The UK banks are falling behind.

“I don’t see the government strategy - I’m not seeing the effort to figure out the new opportunities.”

A complicated and often contentious area, Maria said she could spend hours discussing the regulation surrounding cryptocurrency and why banks aren’t adopting it as quickly as others around the world.

Maria works with a number of major banks and financial institutions on their regtech compliance, and she acknowledged that the majority of investment in regtech has gone towards cyber security and financial crime. However, she did explain that many of the British banks are in the process of adopting some sort of cryptocurrency product or transaction platform, or at least have the intention to.

Philip remains bullish about the UK’s fintech market, despite the challenges of the pandemic and has an optimistic view of the future post-Covid.

“Talking to our partners, there is a huge amount of investment flowing into the UK into fintech,” he said.

“That may not be into crypto or alternative payment, but I think the general fintech market in the UK is strong and London remains the global leader in fintech.”

Philip also argued that support from regulators in the UK is something you don’t see in other countries.

“If you look at the FCA (Financial Conduct Authority) and its Sandbox program, as a business you can engage the regulator and come up with meaningful ways to build new products. You go to other major fintech hubs around the world and just don’t see that sort of thing.”

Joe admitted that regulation surrounding the crypto world may be behind other countries, but he stressed that the UK fintech market is excelling in other areas.

He explained: “If you look at open banking in the UK, a lot of these platforms are actually doing what a lot of cryptocurrencies said they were going to do - you can make free payments without a bank card straight into someone’s accounts, and merchant fees that used to be 3% have come down and are almost zero.

“In terms of value to the UK economy, that’s billions and billions of pounds back in the pockets of small businesses, which is an amazing financial innovation.

“It’s miles ahead of what’s going on in other countries, and it’s a reason to be cheerful and optimistic about the future of fintech in the UK.”

There is no doubt that Covid-19 has accelerated the adoption of technology, and the wider acceptance of more disruptive fintech products. This has created another boost for fintechs in the UK whilst naturally raises further concerns as to whether the regulatory environment will be able to keep pace with the change. The main concern for the future of fintech in the UK might be linked to the potential impact of Brexit, and the movement of the financial services industry to mainland Europe. In this roundtable, the majority were excited about seeing how the acceleration seen in the last 18 months will help the industry mature and continue to grow in the future.